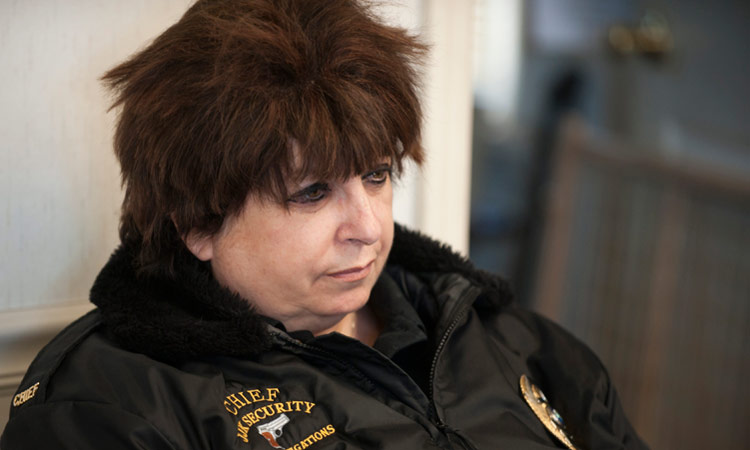 Reality TV news you may have missed

AMC has canceled all its reality TV except for one show: Kevin Smith’s Comic Book Men, the Pawn Stars knock-off that feels far more staged than it should. In a statement, the network said, “We are proud of our efforts in unscripted programming and the unique worlds we have been able to introduce, but in an environment of exploding content options for viewers, we have decided to make scripted programming our priority.”That means a planned second season of Game of Arms won’t go forward, nor will there be more of shows such as Small Town Security or the new 4th and Loud–never mind the long-ago-concluded but outstanding series The Pitch. The network announced three reality shows in April that didn’t seem to fit its brand at all, including All-Star Celebrity Bowling, and Variety reports that “some of the shows were far along in product and pre-production, it’s possible some of them could land at other outlets.”

After striking for a month and delaying the premiere of Bravo’s Shahs of Sunset, editors and Ryan Seacrest Productions reached a deal and the strike will end; the Motion Picture Editors Guild will also drop its complaint after Bravo fired the 16 striking editors.

Mike Rowe brought big ratings to CNN with his new series Somebody’s Gotta Do It, which premiered this week with more than twice the usual number of viewers for its timeslot. The first episode retained most of Dirty Jobs‘ sensibility, and I’m eager to see more.

Abby Lee Miller is being sued for assault by a teenage Dance Moms cast member.

Kenya Moore has finally made good on her promise to donate $20,000 to Detroit Public Schools

TLC’s 19 Kids and Counting censored a t-shirt that said, “I Survived Roe vs Wade, Roe vs Wade Will Not Survive Me.” On the previous week’s episode, the shirt was shown unblurred.

Clay Aiken debated his opponent for Congress last week, and among the quips Clay saying, “The most embarrassing reality show in the country is Congress.” Incumbent representative Renee Ellmers referred frequently to Clay’s past, saying, “It’s almost as if as an entertainer you can go in with a song and dance.”

In a Financial Times profile, Simon Cowell talks about Fox’s The X Factor and says, “I think it will come back again.” He thinks lowered expectations could help: “If we said, ‘There’s a low base of five to six million’, we might build on that but it won’t be less, compared to a new drama that might only be a million. There’s a reason it produces so many stars, unlike the other shows. It doesn’t rely on gimmicks: a spinning chair, or a wall going up and down. I genuinely do believe it’s the best format.”

Sunday, the UK’s The X Factor had a larger audience than Strictly Come Dancing for the first time.

Esquire’s Knife Fight is switching to a tournament-style competition for its third season, and filming this week at Ilan Hall’s New York restaurant, The Gorbals Brooklyn. The show is looking for people to attend a taping this week.

The Mars One reality show will kill people after 68 days, according to an analysis by MIT students, who said that growing plants for food would “produce unsafe oxygen levels in the habitat.” They also said that Mars One’s plans are “overly optimistic” and challenged its claim that “no new major developments or inventions are needed” to support life on Mars. MarsOne co-founder and CEO Bas Lansdorp responded in the comments on a site that published a story on the study.

Friday, AOL debuted a new series, True Trans, that follows Against Me! singer Laura Jane Grace, who was born Tom Gabel and transitioned two years ago. The series is more about other people than her, though; she told EW that “the show was shot in a period of three and a half weeks — I had a camera crew out on tour with me, and basically every day I would try to meet up with three or four people and do an interview with them.”

Top Chef judge Gail Simmons is the celebrity guest on this week’s Ask Me Another, the ridiculously entertaining NPR show. Listen to her segments below, during which she talks about the show’s appeal (food, plus “people like to watch other people fail”) and reveals who cleans up the kitchen (“a fleet of PAs do the dishes–it’s kind of extraordinary”). She also said how she was cast, which involves telling a story about crying over an omelet. Later, before answering trivia questions, Gail explained why Ask Me Another’s winner received a Top Chef Duels pillow that Bravo sent to Gail at the start of the season. She also reveals “one of my most hated things in the universe”: cake pops.

TBS’ King of the Nerds is returning at the end of January, and has announced its cast. More importantly, it released this teaser video to highlight its new timeslot. It’s a rap performed by host/executive producers Robert Carradine and Curtis Armstrong, and it’s just as nerdy as you’d expect.