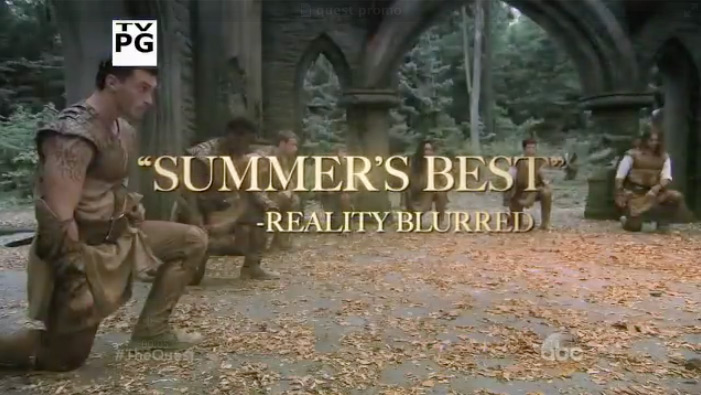 A pre-season promo for The Quest showed the order of elimination of all of the contestants, and no one appears to have noticed until now. The footage shows the paladins kneeling and lifting their heads, a moment that happens in the finale after Lina won and assembled the sun spear.

Even more bizarrely, in one version of the trailer, the footage is superimposed by a quotation from my review of the series. Survivor data wizard Jeff Pitman noticed the spoiler, which literally shows every contestant in order of elimination from Christian to Andrew.

The series concluded, by the way, with the same number of viewers 18-49 as it had the previous week and 1.97 million total viewers: not great. However, ABC has yet to release any numbers about how the show performed with DVR users over the next three or seven days.

Fox, by comparison, just revealed that Utopia‘s second episode’s viewers 18-49 increased by 56 percent when DVR use was factored in, making it the show with the largest DVR increase.