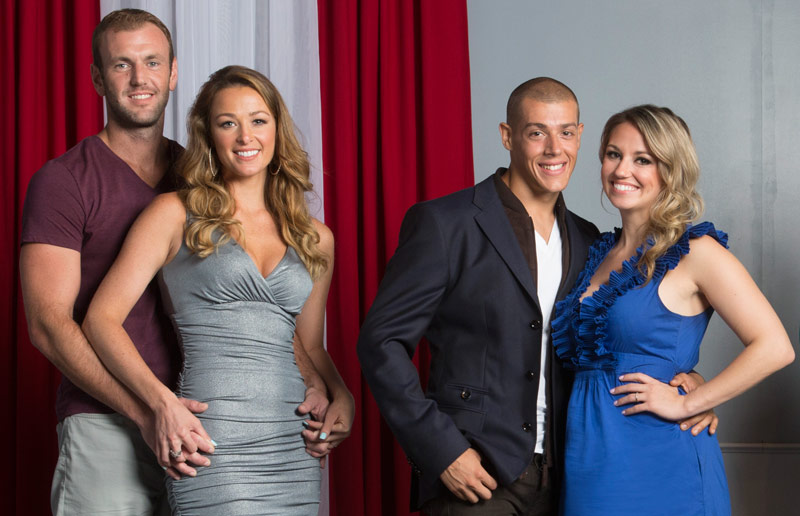 The two couples who stayed together after being Married at First Sight will remain in front of cameras, which will follow them from now until their one-year anniversary next March. Jason Carrion and Cortney Hendrix, and Doug Hehner and Jamie Otis, will star in Married at First Sight: The First Year.

The network is doing its best to draw out the first season’s success; tonight, a special with “unseen moments” and “bonus footage” will air. FYI senior VP Gena McCarthy said in a press release that this follow-up series “was a natural fit to follow-up with the two married couples post experiment.”

Yes it was, and this is a smart decision. Although the network has already renewed the series for a second season with new couples (who are currently being cast), it already found four extraordinarily likable people who’ve faced identifiable challenges in their relationships. The experiment might work the second time, but it also might not find equally likable couples. Continuing to tell their stories will help retain an already-engaged audience.

As a side note, I hope it includes footage of Cortney, Jamie, and Monet Bell’s periodic gatherings, which they discussed on the reunion a few weeks ago. It’d be terrific to watch them talk about an experience that they all shared that no one else has, especially since it didn’t work out for Monet in the same way that it did for Cortney and Jamie.