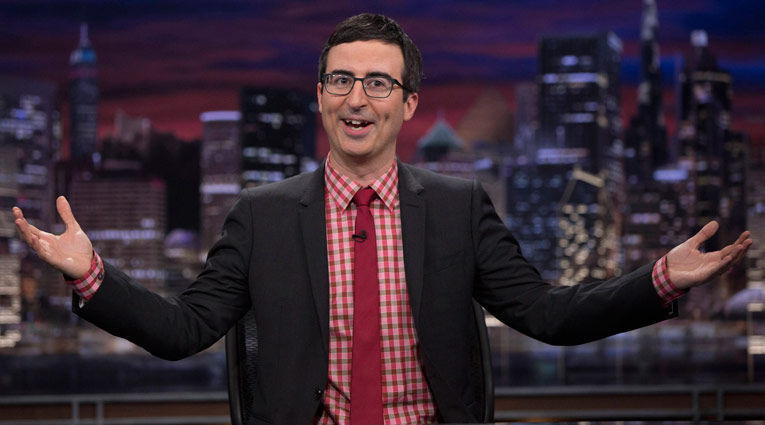 John Oliver’s Last Week Tonight has quickly become reason enough to subscribe to HBO. It’s nowhere near a Daily Show clone, but instead is an exceptionally intelligent, ridiculously amusing, irreverent take on current events that usually aren’t getting attention elsewhere. (All of Last Week Tonight‘s main stories, and many of its shorter segments, are on YouTube.)

Sunday, he focused the show’s longest segment on the Miss America pageant, asking, “How the fuck is this still happening?”

It’s worth watching for his impossible-to-top description of Donald Trump alone, but also for the way he mocks the pageant’s sexism and The Bachelor and Miss America host Chris Harrison (“it is the year 2014 and I am a fully-clothed man standing in front of a line of women in swimsuits awaiting judgment–beautiful!”). There’s also a bonus appearance by another reality TV star.

Most stunning is John Oliver’s team’s investigative journalism and what they uncovered about Miss America’s claims that it is a scholarship organization with “$45 million made available annually.”