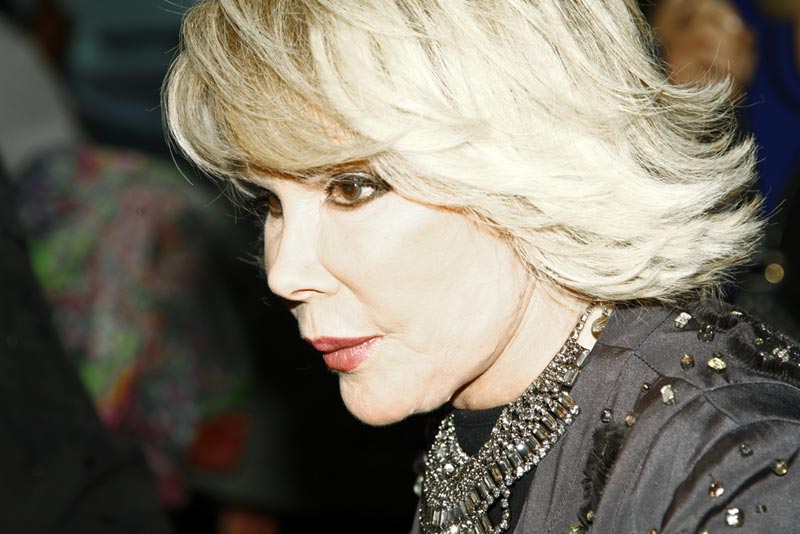 Her death comes one week after Joan stopped breathing and suffered cardiac and respiratory arrest during throat surgery; the clinic is now under investigation. After being brought out of a medically induced coma earlier this week, Melissa said Joan was “moved out of intensive care and into a private room where she is being kept comfortable.”

The groundbreaking, often acerbic, unapologetically offensive comedian easily won the second season of Celebrity Apprentice, which broke the fourth wall when Melissa was fired because of their reaction:

Joan later appeared on the show multiple times, in addition to reality appearances such as on the UK’s Big Brother: Celebrity Hijack, where she took over the house for a day.

Four years ago, a fantastic documentary titled Joan Rivers: A Piece of Work revealed more of Joan than her reality show appearances ever did. (Watch it.) This clip is the film’s opening sequence, showing Joan putting on her makeup and highlighting her vast career: