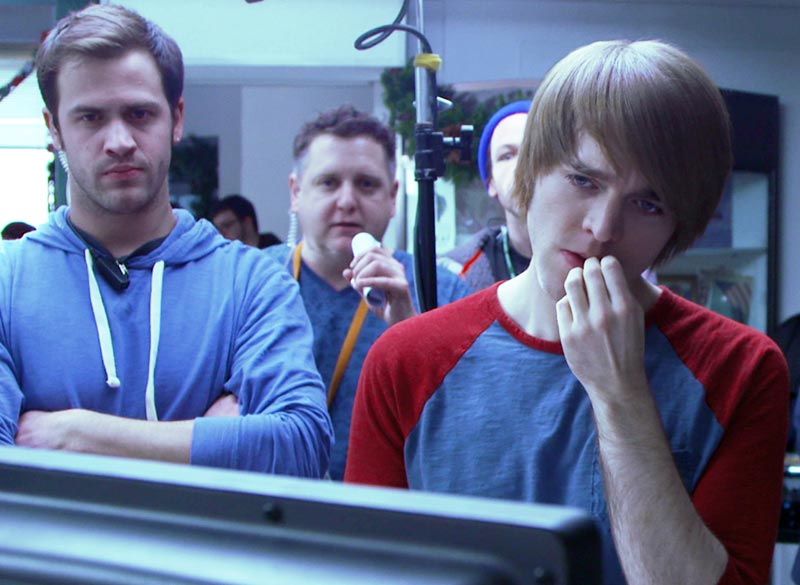 The Chair star Shane Dawson, director of Not Cool

The films whose creation is currently being documented on Starz’s The Chair have been released in theatres and digitally, so you can now watch how two different filmmakers did with the same script.

The five episodes that Starz has made available on demand have made it clear that Shane Dawson and Anna Martemucci are very different people creating very different films, and the trailers, below, make that clear. Both filmmakers started with a script that had an interesting idea, but their presentations of that idea are incredibly divergent.

I’m thoroughly in love with this absolutely engrossing show–watch for a review soon, plus an interview with Chris Moore–and it’s fascinating to be able to watch the completed films while still watching their in-progress production. That said, I’m not quite sure I want to watch them yet. I’m tempted, but I also don’t want to be spoiled.

While the films were released in theatres last Friday (New York for Hollidaysburg, L.A. for Not Cool; the reverse will happen this Friday), they are now available to stream digitally: