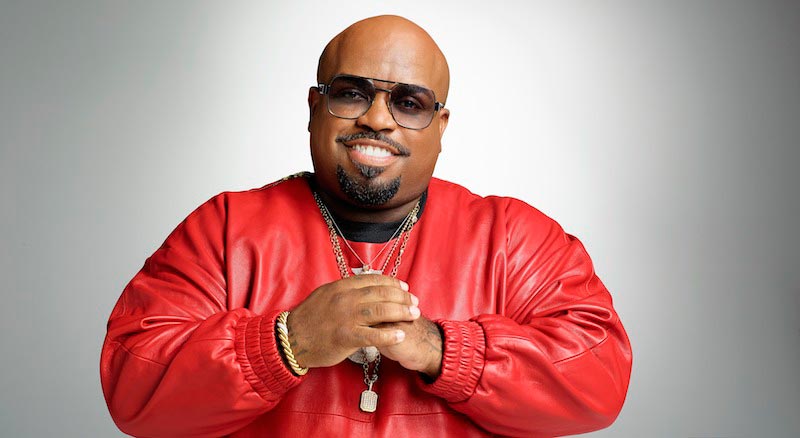 Following CeeLo Green’s plea of no contest to a felony charge of drugging a woman with whom he says he had consensual sex, former The Voice coach’s Twitter account was full of horrific tweets about rape. Meanwhile, media outlets are reporting his TBS reality series, CeeLo Green’s The Good Life, has been cancelled, but the two are not directly related.

On Friday, according to the Los Angeles County District Attorney’s Office (PDF), CeeLo “pleaded no contest today to furnishing ecstasy to a female in 2012” and “was immediately sentenced by Superior Court Judge Mark Young to three years of formal probation and ordered to complete 360 hours of community service. He also must complete 52 AA/NA meetings.” The AP reported that he “also entered a special plea in which he maintained his innocence in the case and that prevents his no contest plea from being used against him in civil court.” He was accused of sexual battery but prosecutors, “citing insufficient evidence,” did not file related charges.

Buzzfeed collected tweets from his account that appeared after the plea, which said awful things such as:

“People who have really been raped REMEMBER!!!”

Before his account disappeared, there were several apology tweets posted–but they were half-assed apologies that began by implicitly blaming others for taking his words “out of context”:

“I sincerely apologize for my comments being taken so far out of context.”

“I only intended on a healthy exchange to help heal those who love me from the pain I had already caused from this. Please forgive me as it..”

“…was your support that got me thru this to begin with. I’d never condone the harm of any women. Thank you.”

His account returned yesterday and CeeLo distanced himself from the tweets, nearly suggesting he didn’t write them:

“I truly and deeply apologize for the comments attributed to me on Twitter. Those comments were idiotic, untrue and not what I believe.”

CeeLo’s TBS reality series concluded its six-episode first season more than one month ago, on July 28, and had relatively bad ratings and probably wouldn’t have been renewed. Media reports are creating causation, but the cancellation–while certainly deserved–seems to have been reported now because journalists thought to ask people at TBS about it, especially once someone created a petition asking the network to cancel the series.

Variety’s story says basically that: “the show was already axed after it completed its first season run earlier this year.” The Hollywood Reporter’s story waits until the last paragraph to cite anonymous sources who say “the network’s decision to cancel the series was based only on its ratings performance”; The Wrap reports something similar, adding that “Green’s activities since Friday couldn’t have helped” his show’s chances of renewal.