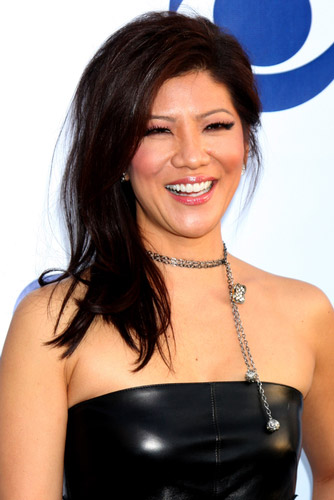 Big Brother host Julie Chen gave up her dream of being a correspondent on 60 Minutes to host the reality competition, but it wasn’t something she chose freely.

Instead, she told David Letterman Tuesday that when she was offered the hosting gig, “the head of news at the time” told her that she was closing the door to a career in news by hosting a reality show. She declined the job, but he told her “this would be seen as insubordination,” saying they would “technically assign you this” new job. Letterman insists, “He coerced you,” and Julie basically agrees.

Back in 2000, People magazine reported that CBS News president Andrew Heyward “proposed Chen for BB”; he told the magazine, “What Julie does on Big Brother is a lot more mainstream than a lot of what passes for morning news. … I don’t think we should get moralistic about it.”

She talks candidly about criticism of her hosting and how her new job blurred lines between news and entertainment.

Beyond the story of her ambition and the subsequent threat that derailed her plans, what struck me most about the interview was how warm and personable Julie Chen is just talking, compared with her loosened but still robotic hosting persona. That’s by design, she told Letterman: “I like to be very standoffish,” she said, because “on live television, [the houseguests] get too chummy and they get too not focused on what we need to do, so I’m very stern.”