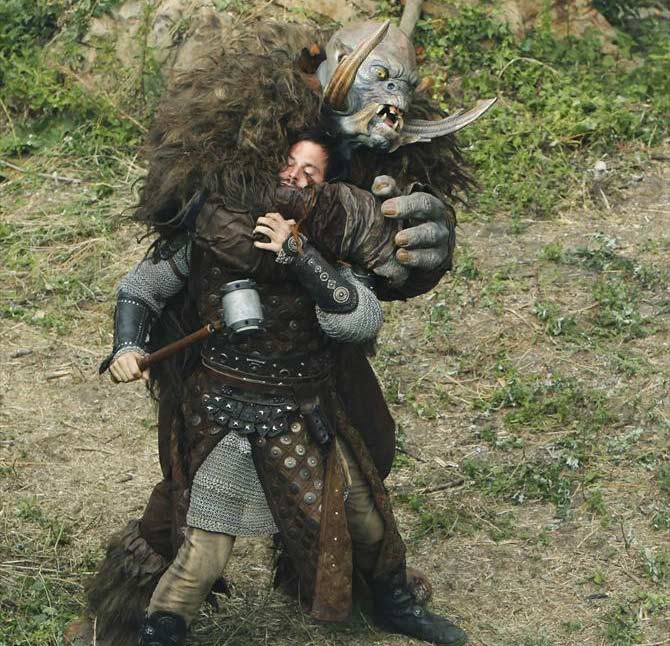 Can The Quest defeat the ABC ogre and live on to see another season? (Photo by Rick Rowell/ABC)

In an article for HitFix, I explore ABC’s string of summer reality gambles–The Glass House, Whodunnit?, and now The Quest–and the network’s weird failure to give the shows support to grow. For The Quest, that meant ABC president Paul Lee greenlighting the show and telling critics this summer, “I loved taking those sort of risks,” but then allowing his network to basically leave that risky show in the TV desert to die. It’s incomprehensible.

Despite that, the series has insanely passionate fans (just watch #TheQuest and #TheQuestArmy on Twitter during the show’s two hours tonight) who are nurtured by the producers’ active efforts to engage with them and promote the show. As a result, while its overnight ratings are very low, it’s constantly being discovered; The New York Times just reviewed it, calling The Quest “always intriguing” and “mindlessly addictive.”

The series actually reminds me a lot of Shark Tank: a high quality series from well-respected producers that wasn’t perfect at its start and didn’t get great ratings, but was critically acclaimed and, given a chance to stick around and build its audience, eventually grew creatively over several seasons into a ratings powerhouse.

I really hope that’s what happens to The Quest, and not just because its producers, who I talked to for the story, have a plan for season two and beyond. Reality TV needs more risk-taking and television needs more courage from executives who not only will air shows, but give them a chance to grow.