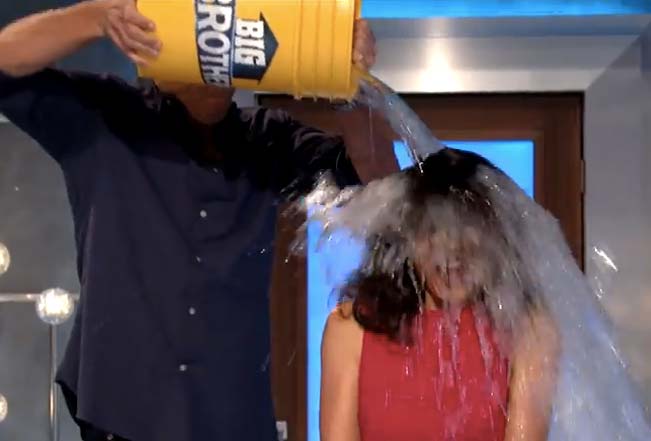 With handfuls of Froot Loops tossed onto his fellow houseguests and his hair unruly because his signature hat had been cut into little pieces by its actual owner, Zach Rance exited Big Brother 16.

During his time on the show, he’s run the spectrum: Sometimes he proved himself to be a complicated, emotional person who defied stereotypes and gender roles, and other times he came across like a complete dick who shouts in the Diary Room about how impressed his is with his own stupidity. Some fans’ desperate attempt to save him makes sense, and he’ll be missed for entertainment alone.

To his credit, he took responsibility for his eviction, telling Julie Chen that it was his strategy to be so unpredictable and obnoxious, and that it backfired. He seemed to be genuinely happy about the experience he had all summer.

While Zach re-entered the house almost immediately after being evicted along with the three other jury members–leading to a joyful in-house reunion with about as much genuine excitement as is generated by the thrilling opportunity to see someone’s HOH room–it was Nicole who won the right to re-enter the game and stick around.

Despite several great challenges this season so far, this super-consequential challenge was, well, dumb. It wasn’t entirely random, but sliding pucks down a ramp onto a turntable wasn’t a game of skill, either. That kind of possible reward for a challenge calls for one that’s, you know, not as lame. Even though the quiz competitions aren’t always that entertaining, I’d rather they have been given one of those to really earn their way back in.

At least Nicole won, because next to Zach, she seems like the one who has the most potential to make Derrick’s $500,000 check-cashing party more interesting. However, both she and Donny are the minority and one of them really needs to win HOH and the veto to make something happen.

Although Christine told Donny “I don’t want to be the person that’s played like a fiddle,” she has basically put strings all over herself and handed the bow to the rest of her alliance.

Spoilers: To find out who won HOH and who will be nominated, read this tweet. For my reaction, see this picture.

Perhaps the highlight of the episode was the very last “but first.” Earlier Thursday, CBS CEO and reality show casting director Les Moonves completed the ALS ice bucket challenge, which has now raised $41.8 million for the ALS Association, and challenged Julie Chen, his wife, to do it live on Big Brother. She did, standing in a baby pool on the set, and getting completely drenched by Will Arnett, who has a CBS sitcom and joked about doing this to the boss’ wife.

Before she was drenched, Julie challenged “every single houseguests who has ever played this game” to do it; afterwards, she asked how her hair looked (answer: fantastic). Awesomely, the show included a link to donate on-screen.

I’ve added her to the ever-growing compilation of reality TV stars doing the ALS ice bucket challenge, and having watched all of those, Julie’s is definitely one of the best so far.