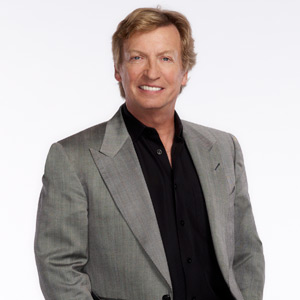 In a series of extended tweets, So You Think You Can Dance judge and executive producer Nigel Lythgoe has responded to criticism of his comment on last night’s show about the suicide of two friends; now, he’s doubled down on what he said, writing that “committing suicide is both stupid and selfish.”

For a counterargument, read this therapist and suicide survivor’s essay There’s Nothing Selfish About Suicide, and if you need to talk to someone, call the Suicide Prevention Lifeline at 1-800-273-8255.

During judging of Ricky and Kathryn’s Stacey Tookey-choreographed dance to “Not About Angels,” Nigel discussed his interpretation of the dance as about suicide; as Previously.TV’s recap says, Tookey earlier “said Ricky’s character had ‘hit rock bottom’ and couldn’t ‘get back up.'” According to The Wire’s recap, Nigel revealed that two of his friends had been lost ‘through suicide and through stupidity.”

To keep on making excuses for people who commit suicide rather than helping them realize they are not alone. Helping them understand how precious their life is to you as well as to them is wrong. It’s easy to wash your hands and say they were mentally ill, nothing I could do. Your wrong!!!

My last word on this, of course not all suicides can be stopped. Because a mentally ill person is incapable of judgement does not make the act of suicide any less stupid or selfish. If one person can be saved, if one life can be turned around by letting them know someone is there for them, and I know a few that have been, then that’s all we can do!