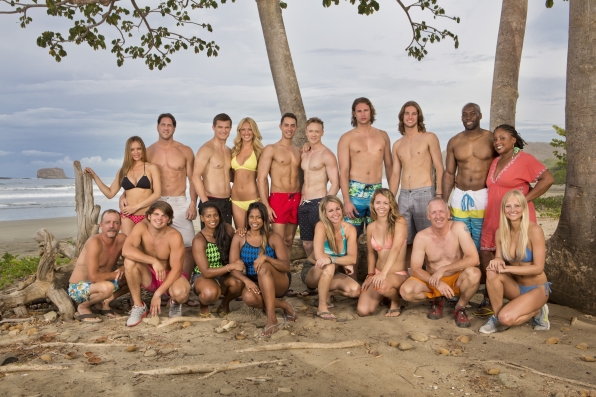 The cast of Survivor San Juan Del Sur was announced this morning, and while the second blood vs. water season’s cast is all new to Survivor, it includes former baseball player John Rocker and, as we learned earlier this summer, The Amazing Race team known as the Twinnies. There’s also a Michigan State football player and Miss Michigan and a team of “gay Christians” who are actors. Host Jeff Probst says this cast has “a sense of lightheartedness.”

John Rocker may be most well-known because of his 1999 Sports Illustrated interview during which he said a lot of bigoted things, including this about New York City:

“Imagine having to take the 7 Train to the ballpark looking like you’re riding through Beirut next to some kid with purple hair, next to some queer with AIDS, right next to some dude who just got out of jail for the fourth time, right next to some 20-year-old mom with four kids. It’s depressing […] The biggest thing I don’t like about New York are the foreigners. You can walk an entire block in Times Square and not hear anybody speaking English. Asians and Koreans and Vietnamese and Indians and Russians and Spanish people and everything up there. How the hell did they get in this country?”

In the 15 years since then, he’s continued to say awful, stupid, bigoted, xenophobic things. For example, last year, he wrote “the undeniable fact that the Holocaust would have never taken place had the Jewish citizenry of Hitler’s Germany had the right to bear arms and defended themselves with those arms.”

Here’s an introduction to the cast inexplicably featuring Parvati Shallow, who walks on the beach with the cast following her: