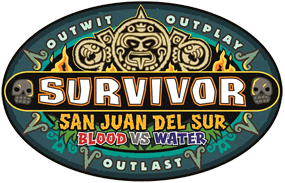 When production began on season 29 in Nicaragua, executive producer and host Jeff Probst revealed that Redemption Island had been dumped at the last minute, meaning those voted off were gone permanently, though he said the arena was built and would still be used. That replacement twist was last seen during Survivor Tocantins, which is coincidentally newly out on DVD,

Here’s how CBS described its return:

“This season also marks the return of Exile Island (last seen in season 18, Survivor: Tocantins), where each week two loved ones square off against one another in a battle that will send the loser to isolation on Exile Island, while the winner receives reward for his/her Tribe. However, the winner will also have to choose a tribemate to accompany their loved one to Exile Island.”

That description makes it sound like the Survivor Micronesia version of Exile Island is back, with members of opposite tribes spending time on Exile Island–unless “choose a tribemate” means the winner will choose someone from their loved one’s tribe to join their loved one in exile.

Though this makes losing sound bad, the loser will receive a clue to the hidden immunity idol on Exile Island. The actual idol will be at the tribe’s beach, but if the clues are as obvious as they have been in recent seasons, a trip to Exile Island might actually be a beneficial thing–though being on Exile with another person may complicate that.

Ultimately, this is a way to 1) dump a loathed twist that happened to work really well during Blood vs. Water but still goes against the fundamental nature of the game, and 2) create an unexpected kind of conflict between loved ones, who are forced to directly compete with one another. I’m a purist and would probably prefer just straight-up reward challenges every week, but this is definitely preferable to Redemption Island.