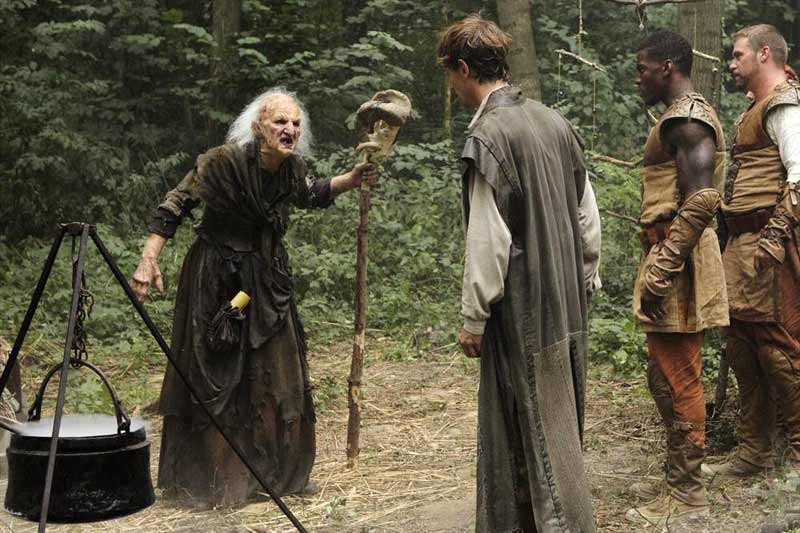 One of the reasons why episode three of The Quest hooked me on the series was because the game started to show depth: In the midst of a fantastic immunity challenge, the Paladins finally emerged from their shell-shocked, we’re-in-a-fantasy-movie mode and truly got competitive, giving us characters to root for and against. Then they turned around and made a super-dumb decision at the end.

To borrow terms from the series and risk confusion, Bonnie emerged as the show’s hero, someone who’s genuinely thrilled to be sweeping up actual horse shit in the middle of an Austrian castle. “Usually I’m in a room reading a book, and now I’m actually living the book, and that’s the adventure of a lifetime,” she said. She also wrote and sang a song, The Ballad of Everealm! But she’s not Snow White: During the tense Fates challenge, Bonnie proved herself to be a strong competitor, staying calm and smartly recovering from an error. 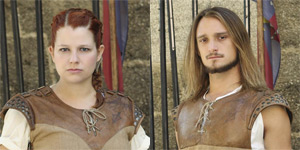 On the opposite end of the spectrum is Christian, who keeps failing challenge after challenge yet simultaneously keeps winning over his fellow contestants. In an interview, he said, “This is a competition, and I’m here to win. I’m ready not necessarily stab people in the back, but I’m ready to cut some throats.” Oh, how significantly more violent and graphic!

The first two so-so immunity challenges were very similar, but the third really took things to a new level: it was an individual challenge that was both physical and mental. It was also tightly integrated with the story, as the Paladins were searching for ingredients to create an antidote to save the queen.

Yes, like the series itself, it did require suspension of disbelief: Why would the hag just have a bunch of doors next to her hut? And happen to have already placed the correct ingredients behind them? Or why wouldn’t the Paladins just run around or jump over the tiny doors?

Tangent: I’d like to see Jeff Probst dismiss contestants from a challenge like the hag did, screaming and shrieking at them, “Go on! Go on! Run!” Poor Bonnie face-planted as she ran away.

The challenge itself was very intense: a series of doors that, like musical chairs, reduced in number at each level. During the very first stage, Christian lost the key to the door he needed to open, so he punched the ground to punish it. Then he decided to use Bonnie, who said in an interview, “We both made a mutal decision to help each other. That was kind of amazing.” Oh Bonnie, so innocent and so wonderful.

As Bonnie searched for his key, Christian looked around, as if to see if anyone would notice that he wasn’t being very helpful: “Of course, I had that thought in the back of my head: ‘You should maybe fake like you’re trying to get this open and just let her look for your key.'”

Ugh, terrible. Also probably a very smart game move–though in a game with no prize, what’s the incentive for being a dick? I’m genuinely curious, and wish the series had more time to explore the cast’s in-game motivations.

After the Fates challenge, the Paladins once again inexplicably rallied behind Christian. Bonnie expressed regret about that vote during the show on Twitter last night, saying she voted that way because she thought Christian helped her. Perhaps the others were voting out of ignorance, too. Either way, great reality TV shows need truly frustrating, ground-punching eliminations, and The Quest now has its first.