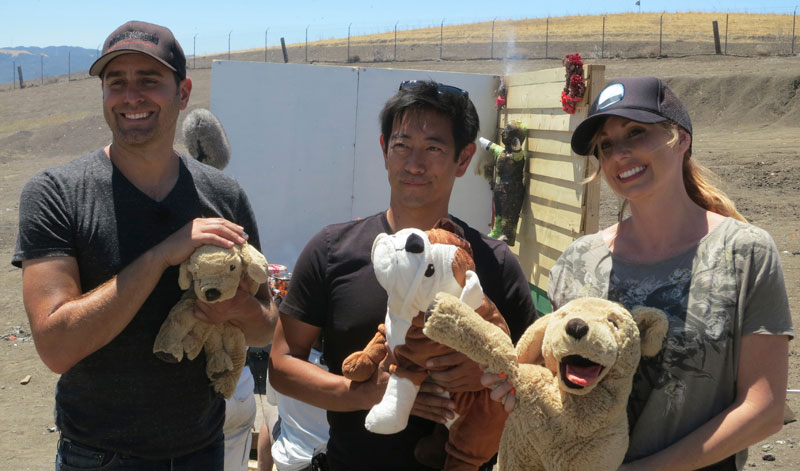 Discovery’s Mythbusters has dropped/fired its B-team cast, Tory Belleci, Kari Byron, and Grant Imahara. Adam Savage and Jamie Hyneman will host next season by themselves.

Kari Byron tweeted that “The show is taking a new direction.” Their exit was announced at the conclusion of tonight’s season 16 finale, after which the show’s official Twitter account thanked the three “for their tireless work, and wish them all the best.”

Despite essentially being fired, they were gracious. Kari called it “an amazing run” and added, “I learned so much about myself and the world,” while Grant thanked the show “for allowing us to teach science in a whole new way.”

Tory and Kari have been with the show since its second season in 2003, and Grant joined in 2004. Their work and mythbusting was generally separate from Adam and Jamie’s, serving as a B-story for each episode.

Jamie tweeted a simple thank you, while Adam Savage tweeted this photo and message: