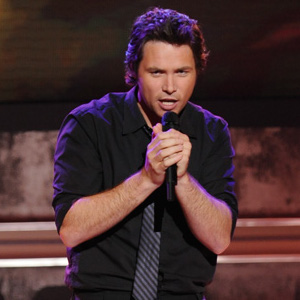 Michael Johns, the singer who placed eighth on American Idol 7, has died at age 35. He is the first finalist from the show to die; five years ago, auditioner Alexis Cohen was killed in a hit-and-run.

The Hollywood Reporter reported that “the cause of death is believed to be a blood clot in his ankle.” The Atlanta-Journal Constitution’s Rodney Ho confirmed Michael’s death, citing “multiple sources”; they include the person who runs Michael Johns’ official fan site, who tweeted:

“It is with a heavy heart and inconsolable sadness that we confirm the passing of our friend Michael Johns. No other details will b avail at […] this time.”

After his 2008 appearance on the show, which concluded with a surprising elimination, Michael was released from the show’s restrictive contract. A year later, he produced an album, Hold Back My Heart, and also appeared on The Real Housewives of Beverly Hills, when he sang at a dinner party hosted by Yolanda.

Here is his performance of “Bohemian Rhapsody” during the show’s Hollywood week:

“Michael Johns was an incredible talent and we are deeply saddened by the news of his passing. He was a part of our American Idol family and he will be truly missed. Our hearts and prayers go out to his family and friends during this difficult time.”