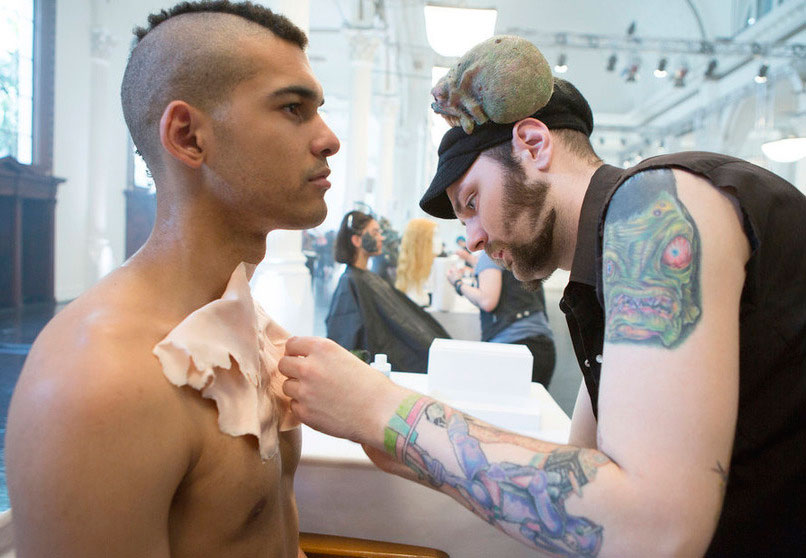 After watching the latest season premier of Face Off I was struck at how common these “twists” of “you’re not on the show yet” and “this is actually your final audition” are getting and was wondering what your opinion was on it. Personally, I think that it’s incorrect to say that people who are being filmed to be aired on television (and last a full episode in the case of Face Off) aren’t yet on the show. It makes me think that producers are trying to weasel their way out of something using technicalities. [Of] course it could also work the other way allowing contestants who go out first to try again because “they weren’t ever on the show.” –Hal

Project Runway also just did this, Top Chef did it in the past, and other series frequently do versions of it. While I don’t think it has anything to do with a technicality or an ability to bring back a contestant (shows do that all the time now), I do agree that it’s a nearly pointless twist.

That’s because the contestants are actually on the show, competing, and the rhetoric doesn’t match the reality. Yes, those dumped on the first episode might not get to go to Mood or move in to the living quarters with the other cast members, but they’ve presented their work to the judges and were the focus of an episode of television. That’s the same opportunity any first-out contestant has on a season without this twist.

Thus, it seems like a gimmick that doesn’t do much for me as a viewer. Perhaps it’s an easy way to add an episode or get rid of a contestant without having to have a major challenge, or maybe it freaks out the cast and increases the drama right away.

Usually, it’s just annoying. At its worst, the twist produces something like Top Chef Texas‘ disastrous two-episode, 29-chef intro, which just killed momentum and made it hard to be invested, because why care about any of these people when most of them were just cannon fodder?

Do you remember that show Eco Challenge? I may have the title wrong. But there were teams of four and they had to do crazy things like rappel, river raft, etc. There were always massive injuries and many team dropped out. I remember there was one team from Playboy. Any chance it will ever come back? –Jan

It was Eco Challenge, and I do remember it well, though it’s become one of those early shows that I regularly forget. The show was produced by Survivor and The Voice executive producer Mark Burnett, and first started airing in 1995, just three years after The Real World, though it was initially just a special, not a narrative nonfiction series that developed its characters over time. (Later seasons had multiple episodes.)

The show was cancelled in 2002, but three years ago, Burnett produced Expedition Impossible for ABC, which had potential but ended up not being very successful either in the ratings or creatively (I thought it was too much of an Amazing Race knock-off).

I don’t think it’ll be back, but with the reality TV pendulum swinging back toward more authentic shows, and a trend toward survival and adventure series such as Naked and Afraid, now could be a good time to revive the race–or to just film one of the adventure races that are currently being held around the world.

Here’s a compilation of clips from Eco-Challenge, described as an “internal promotional video sent to teams and sponsors just prior to Eco-Challenge Fiji”:

Have a question about reality TV? Ask me!