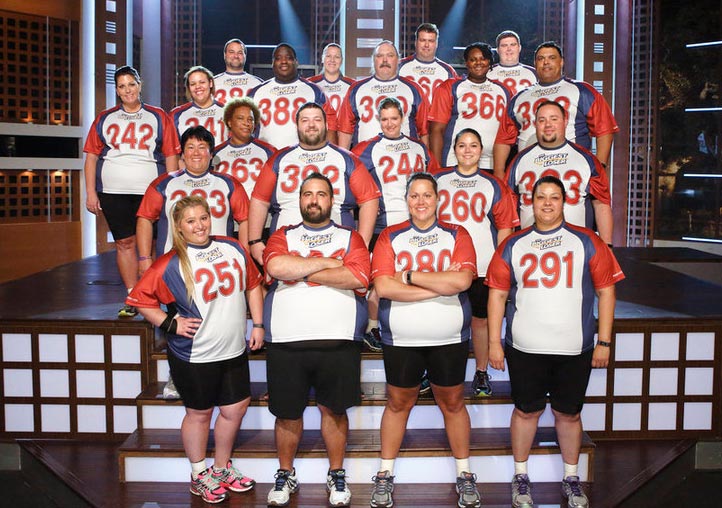 The cast of The Biggest Loser‘s 16th season are all athletes, including former NFL players Damien Woody and Scott Mitchell, while trainer Bob Harper will not be working with them at the ranch, instead demoted to a position where he works with the losers to give them a second chance.

Meanwhile, after Rachel Frederickson’s extreme weight loss last season, producers won’t change anything. Executive producer Dave Broome told NBC’s Today.com, “There’s nothing different about (the upcoming season) than we’ve ever done. If anything went wrong (last season), if anything was broken, we would have fixed it. But that didn’t happen.” Despite her appearance, he said, “Rachel did nothing wrong. She broke no rules. She passed every medical exam that this show has.”

NBC today announced the cast and changes, which include a new subtitle: The Biggest Loser: Glory Days. While the press release says “contestants will work with new trainers Jessie Pavelka and Jennifer Widerstrom, as well as veteran trainers Dolvett Quince and Bob Harper,” it later points out that Bob Harper will be:

“in an exciting new role, giving contestants a second chance at life on the show. Just when the eliminated contestant each week thinks they are headed home, they will actually be whisked away to a secret location called Comeback Canyon. There they will be trained by Harper, competing at a separate secret weekly weigh-in for the chance to return to the competition and a shot at “The Biggest Loser” title and $250,000 grand prize.”

I refer to this as a demotion in terms of his participation in the competition, not his actual job, because that’s what it sounds like; even if this second-chance competition is different than the relatively marginalized second-chance competitions other shows now have, such as Top Chef‘s Last Chance Kitchen, his role is now limited to working with the cast members who’ve been voted out.

Here’s the full cast, per NBC: