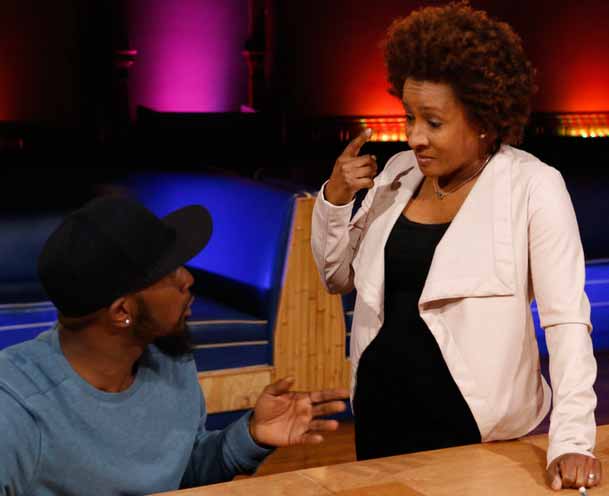 NBC brought back Last Comic Standing back for an eighth season after a four-year absence on the network, and Sunday announced that the show has been renewed. The network also renewed America’s Got Talent and American Ninja Warrior.

That’s somewhat of a surprise: it doest seem to have much buzz, and its ratings have been about half of Big Brother‘s on recent Thursdays, though the CBS show airs an hour earlier. Its timeslot competitor NY Med actually had more viewers, though slightly fewer viewers 18 to 49.

More significantly, it hasn’t been that great. The audition episodes, while they used stronger comedians, were often more tedious than funny. I was intrigued by the idea of challenge episodes, but so far only two have aired, thanks to two weeks (!) of recap episodes, and neither was exceptionally interesting or funny. It doesn’t help that the editing interrupted sketch comedy with interviews, perhaps because the interviews were funnier and more entertaining than the sketch itself. And watching people go on a talk show is not great reality television, even when the host is Ellen.

Wanda Skykes, who executive produces the show now, is a strong mentor, and is the best part of the new series. Her advice is useful and also funny. Beyond that, there’s occasionally decent comedy, but some of the comics are better than others, and it’s getting more obvious which comics are going to make it to the end.

So why is this so-so competition definitely returning for a ninth season? NBC alternative entertainment president Paul Teledgy told TV critics Sunday that “we missed it while it was gone,” he said the show “is profitable for us and we’re very proud of it, it had also been an incredible talent search vehicle.”

It also helps NBC find comics. “It was a way for us to always keep our finger on the pulse of that whole stand-up world. So it serves a dual function for us. It’s a great entertaining TV show for the laughs and also a great outreach and a great casting process for NBC, in general,” he said.

NBC entertainment chair Bob Greenblatt said that “we genuinely were excited” when executive producer Wanda Sykes came to them with the idea of bringing the show back: “we thought it seemed like a good idea.” It did, since there’s potential here; hopefully the next season will be better.