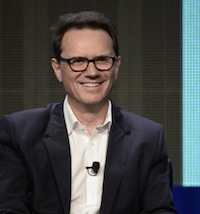 Fox Networks chair and CEO Peter Rice was very candid with TV critics about the American Idol, the broadcast network’s former crown jewel, and its strengths and weaknesses. He said the network is happy with the ratings (“it’s still a very strong show for us”) and its new creative direction (“we felt really good about the production”), but admitted it is “aging gracefully” and has “played musical chairs in the last few years with the judges.”

The remaining problem, Rice said, is the show’s cast:

“If I have a criticism of the show for us last year, it is that we haven’t found, in the last two years, a group of kids who have captured the imagination of the public. They’ve been really talented kids, but for whatever reason, there hasn’t been that catalyst behind the show. And going into this year, how do we focus on that and not get wrapped up in this constant conversation about who should be the judges and whether they’ve done a good job.”

Yes. That. A perfect cast won’t make the show number one all over again, but it will really help. It’s been several seasons since there has been a breakout, memorable character, whether that’s a Carrie Underwood or a Sanjaya. Not every contestant can be Clay Aiken or Kelly Pickler, but there need to be some big, bright personalities in the mix.

For better or worse, Idol is not about the chemistry between the judges in the same way The Voice is, which is why the NBC show can still thrive despite not having any memorable contestants. Idol can’t.