In defense of Big Brother’s producers

Tonight, the Big Brother debuts its 16th season, with an entirely new cast and somewhat of a new format. Based on the past 15 seasons, a lot of things will happen, ranging from the innocuous to the outrageous, that will lead viewers and people like me to criticize the show’s producers.

For example, it’s more likely not that the show will be edited into formulaic episodes that match past episodes beat-for-beat. Its relatively low-rent cast, personally selected by CBS CEO Les Moonves, will shout in the Diary Room and act like twits. Human error will invite conspiracy theories, as will producers’ attempts to silence the houseguests and prevent them from talking about things. Twists will seem like blatant attempts at manipulating the game. Houseguests may say stupid, offensive, and/or bigoted things, and CBS will copy and paste the same response.

All of that typical Big Brother stuff is ultimately the result of how the show plays out live: being filmed in real time and broadcast live on the Internet. Because of that, Big Brother‘s producers have a more challenging and difficult job than any other reality show’s producers. (They also have incredible opportunities that most non-live shows don’t, but that’s another story.)

First, I obviously think the decisions made by producers–and here, I usually mean the showrunner (Allison Grodner) and those in charge, not necessarily lower-level producers who are doing good work but not making major decisions–are fair to criticize. As much as some people want to dismiss reality TV as just cheap entertainment, a nationally broadcast program can really affect people, both viewers and cast members on a show. Producers have an incredible amount of power, and wield that through the very consequential decisions they make.

On Big Brother, we’re much more aware of many more of those decisions, particularly in terms of what is shown and what is not. What things are being kept from viewers? What part of a conversation makes it on TV, and what gets cut? Whose behavior is included in the narrative? How does the editing turn a person into a character? Who looks better on TV and worse in real life, and vice versa?

Feed-watching fans–and those of us who read their tireless reports on Twitter and elsewhere–know the answers to those questions. Yes, the live feeds are not at all uncensored or truly 24/7, but here there is more raw footage available to viewers than with any other series.

On other shows, such as Survivor, we’ll never get anywhere near that amount of information. Contestants may talk in interviews, and a network may release unaired scenes, but those are tiny fractions of what we know about CBS’ summertime show.

In addition, Big Brother‘s producers have to work in near-real time. They have to deliver three hours of TV each week–not just one, like most shows–and do it rapidly. That makes the editing process much more challenging. While the game format simplifies this, providing a built-in template for who to follow, it’s still hard to structure a compelling arc and story without knowing where it’s going. Just look at Lost.

Most shows have the luxury of filming everything and then being able to sort through and arrange a season’s worth of footage. (I’m oversimplifying this process.) Whether a houseguest will turn out to be a Purple Kelly or a Kelly Wiglesworth is an unknown, so at best, producers have to make educated guesses about which storylines to follow and who to focus on.

These are just some of the obstacles thrown in the path of Big Brother‘s producers, and let’s not forget the real-time Greek chorus of fans and critics. So, let’s not let them off the hook, but let’s give Allison Grodner, Rich Meehan, and their fellow producers a little bit of slack. 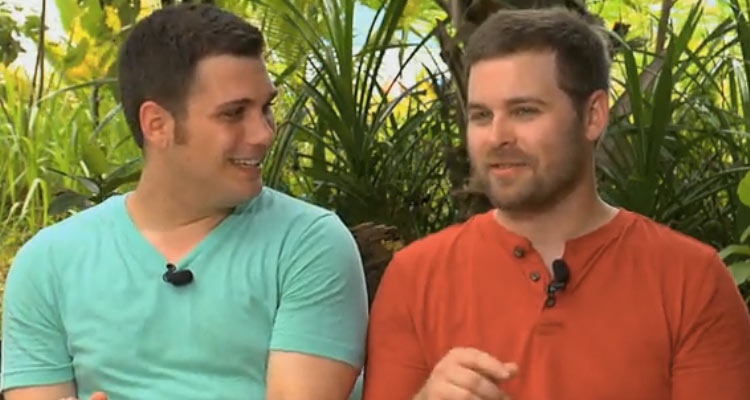