Last week on Lindsay, OWN’s documentary reality series that follows Lindsay Lohan, Oprah said “fuck.” Twice. Then she said “bullshit.” Twice. “You’re not going to be fucking up. And I know you’re surprised to hear me say ‘fuck,'” Oprah says, adding soon after, “You need to cut the bullshit, you really do. Just cut the bullshit.”

This was interesting because Oprah was trying to steer Lindsay Lohan toward a better, more responsible life, and because Oprah was swearing (though that got a lot of attention, because Oprah). But what truly fascinated me was the subtext: Oprah, an executive producer of the series, appears on the show to help save the show, which is filmed and eventually becomes the show.

From its first moments, Lindsay has broken the fourth wall, introducing director Amy Rice, who we hear talking to Lindsay while they drive. It makes the series feel even more intimate than it already is–which is extremely raw and fly-on-the-wall. The editing contributes to that by including blurry shots, bad audio, and shots of the crew, which make it feel like someone is filming Lindsay with an iPhone, not like it was shot by an Emmy award winner and produced by the major, high-quality studio behind series such as Top Shot.

The series they’ve created has almost entirely been about creating the series, which may be boring to the rest of the world but which causes me to drool.

Most of the first three episodes spent a significant amount of time focused on the production of the show. Episode three showed the crew standing around, “waiting an hour” for Lindsay, noting that she’s been late seven of 12 days, and then showed a text from Lindsay to director Amy Rice. Lindsay later talks to executive producer Craig Piligian, who it turns out has advanced her money to help pay for an apartment that may or may not be materializing.

Lindsay tells her dad “that’s like mean and cruel,” and adds, “He’s just being a dick,” referring to Piligian, the producer of the show whose star just calls him a dick on his series. Piligian then tells Lindsay, “This is making me very frustrated. Is that when you tell our production what you will and won’t do, it doesn’t work for me.”

Director Amy Rice says, “There’s a fear, Lindsay, that we’re not going to get this footage from you”–and of course, there’s footage of her saying that which becomes part of the show that they’re fearing won’t get made because there won’t be footage. But there is! Of the director worrying about a lack of footage.

Including all of this demonstrates remarkable transparency and/or ego on the part of the producers, possibly both, and I love it.

Also, exposing the drama behind the scenes of Lindsay’s reality series makes sense because it’s a reality series about Lindsay Lohan’s life and the drama it contains, which includes the series we’re watching. At one point, Lindsay complains on camera about what she perceives as warring behind-the-scenes factions:

“One side wants the drama and the other side just wants something real and honest, and that’s the Oprah side, and that’s the side I signed on for. So my struggle has been … the fact that I signed up for something just to be, a camera just be there. Not a reality show, no offense to the Kardhasians, they do a great job with theirs, but I don’t ever want to be that. And there’s certain parts of my life that I don’t want on camera.”

Although she specifically cites her recovery, I can’t help but wonder if her saying that is one of those moments. In other words, I wonder if she had any sense that the drama about the show would become the show.

Ultimately, the effect is that Lindsay creates a lot of empathy for Lindsay, frequently illustrating others’ exploitation of her. There’s often footage of others reacting to Lindsay’s behavior without really knowing what’s going on in her life. Of course, broadcasting her drama may leave her more open to criticism and contribute more to the damage caused by her behavior and celebrity.

Yes, the show’s producers–OWN and Pilgrim and Amy Rice–are all participants in that, but at least they’re not hiding what they’re doing. (Of course, one could argue since they’re constructing the show, they’re doing so in a way that makes themselves look good by showing carefully selected not-so-great moments. So many layers!)

During their confrontation/meeting/discussion, Oprah tells Lindsay, “I’m perfectly fine with letting the whole thing go … because I’m not interested in putting on something that is half-assed. If you can’t create artistically what our vision was from the beginning, that we all agreed to, my thing is, let it go.”

What is that vision? During the very first episode, which was filmed before their interview, Oprah tells Lindsay, “I’m happy you’re here,” and then asks what Lindsay’s intention was for the interview. She repeats it back to Lindsay: “Just to be you. Because that’s my intention. My intention is to serve as a path for you to be able to do that. And so if I know that’s what you really want to do, I’m going to call you on it if you’re not.” Oprah added: “We’re going to get along just fine. I’m really not interested in it for this interview or for the docuseries that we’re doing with you. I’m only interested in what is the truth.”

One truth, as it turns out, is that creating the docuseries for Oprah’s network turned out to be a dramatic undertaking, one that–amazingly–is what we get to watch. 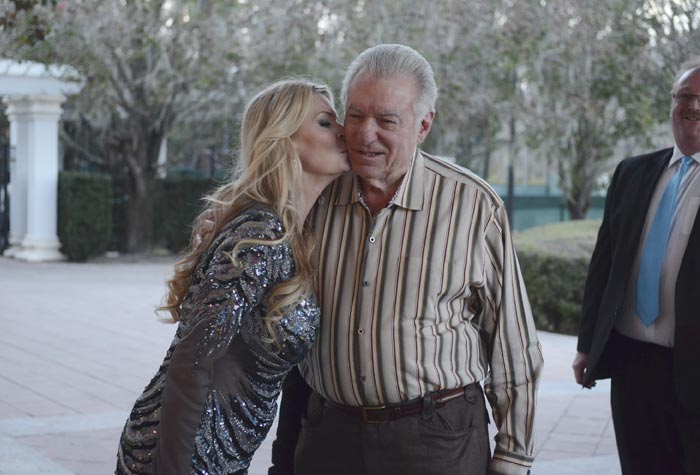