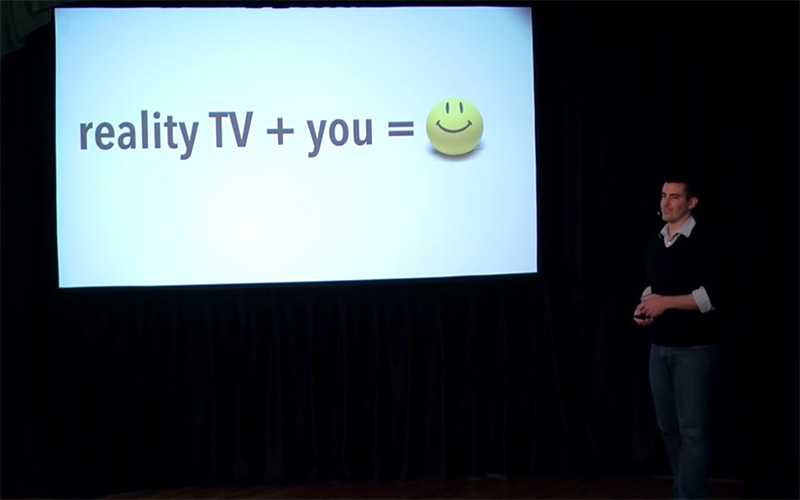 Andy Dehnart speaking during TEDx Stetson U in 2013, which was about reality TV and why you should always make sure your sweater doesn't match the background of the space you'll be standing in.

Last spring, I was asked to speak at TEDxStetsonU, and used the opportunity to tell the story of what I’ve learned from reality TV as a viewer and a critic—and talk about Mister Rogers, who’s the best ever and who literally inspired my interest in television.

I also proposed a new way of watching reality TV. More specifically, it’s a new way of thinking about, relating to, and even interacting with the people we’re watching.

I’m curious what you think: if it’s realistic, delusional, or somewhere in between. It’s not a technique I’ve perfected, for sure, but is something to strive for.

As a bonus, this TED Talk includes actual proof that wearing a black sweater against a black backdrop isn’t a great idea. I’m amazed it hasn’t yet gone viral for that reason alone.