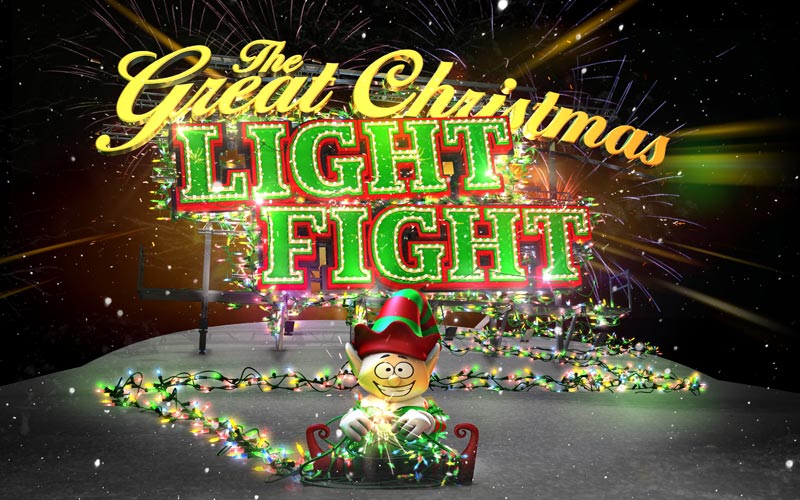 Update and clarification, 12.19.13: After this story was published, I spoke with the series’ executive producer, who explained exactly how the show was produced and why this story is inaccurate and a result of misinformation from contestants and newspaper reports.

I have updated the headline and parts of the story to be more precise about what it is reporting, but am not removing it because it is based on reports elsewhere that have not been retracted or corrected. Please read the follow-up story.

ABC has been airing The Great Christmas Light Fight, a five-episode series on which Extreme Makeover: Home Edition cast members travel to, look at, and then judge Christmas light displays at four homes, deciding to award one of them $50,000.

The series is light holiday entertainment, with impressive displays and heartwarming backstories. But the contest part raises a lot of questions, especially considering that the families live across the country–on last week’s episode, they were in California, Georgia, Virginia, and New York–and considering that the judges visit all four displays and then allegedly return to the winner’s place on a day that looks suspiciously exactly like it did when they were judging, down to family members wearing the same exact clothes.

How did that work? The answer: according to a newspaper’s interview with a contestant, producers lied to families, telling them they’d won $50,000. Then they made them fake their reaction to having lost, giving producers two reactions to work with.

That revelation comes from one of the people featured. The New York Post talked to the former New York City firefighter, Kevin Lynch, who was on last week’s episode, and reports that “producers filmed a segment telling him he had won — in order to get a ‘genuine reaction’ — then apologized and said that it wasn’t real and they had to film his reaction to losing, too, to ensure the secret isn’t spilled.”

Producers apparently tell the winner they won on the day the episode is broadcast.

A Virginia family whose episode airs next week “doesn’t know if he won or not,” Richmond.com reported, confirming that they did not know if they’d won or lost even after taping was over. (Queens resident Lynch ended up winning.)

It’s unclear when the decision was actually made, or who decided which family won (the actual judge? producers? the network?). Those featured on the show had to complete 92 pieces of paperwork for each family member, which may have offered them insight into how the process worked. 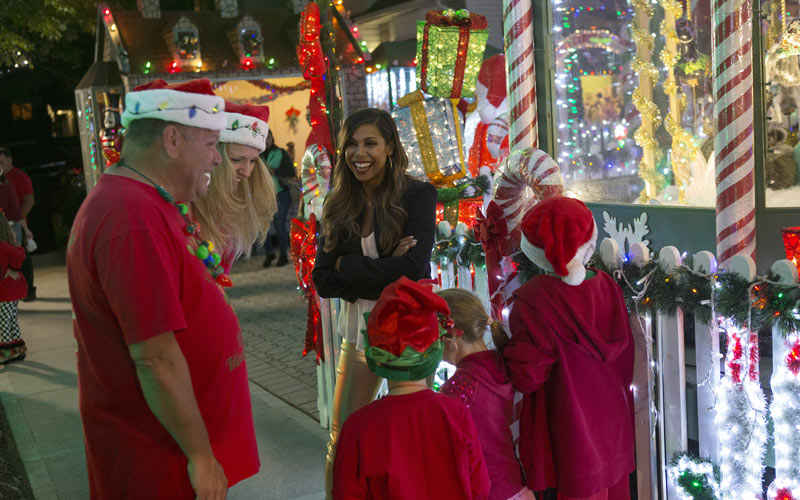 Taniya Nayak with the DiMartino family on The Great Christmas Light Fight. (Photo by Eric Liebowitz/ABC)

And there’s an indication that the contest’s structure wasn’t clear during filming.

New Haven Register’s report about a local family says “producers at the time were working out the kinks for the first-year show, and one of the rules changes gave his family a better chance to win money since $50,000 is now awarded each episode.”

There was at least one rule in place: As Lynch told the Post and another family told the Sun Herald, each family had just 21 days to install their lights.

As families in Connecticut and northern California told the New Haven Register and the Marin Independent Journal, they were filmed in three-day periods over three weeks in October, and a Chicago Tribune reports an area family’s reveal was filmed Nov. 11.