Producers of ABC’s The Great Christmas Light Fight did not lie to participating families and tell them they’d won in order to get a reaction shot, according to the show’s executive producer. I previously reported on and reacted strongly to that news, which was contained within a newspaper interview with a contestant.

I talked with the show’s executive producer, Brady Connell, who previously worked on the first seasons of Survivor and The Amazing Race, and also produced two of my favorite new series this year, The CW’s Capture and TNT’s 72 Hours.

As background: The houses were selected for each episode based on both the schedule and “diversity of location,” and then judged on lawyer-vetted scoresheets based on the three criteria mentioned on the show (Christmas spirit, how lights are used, and the overall design).

I asked if they’d considered showing point totals on screen, to make the judging appear less arbitrary, and Connell said, “we talked about it” but ultimately decided “it bogged the story down too much” because it was “too much detail, we thought, to present to the audience.”

Each family was given 21 days to install their display, but those time periods varied depending upon families’ availability and the production schedule; one family had to actually take down a few lights that were installed on the day the production crew showed up on day one to verify that work had yet to begin. During the installation, they were allowed to use unpaid helpers.

(This week’s winner had advertisements for its landscaping business in the yard and in the display, but Connell said “the rule is that a family may not derive their primary income from Christmas light installations,” and that family did not, nor did they use paid employees to help with the display.)

Before any actual filming or installation began, the format was changed, which one report about the show mentioned vaguely: Instead of four episodes culminating in a finale that awarded one of the four winning families from each episodes a larger prize, each episode would have a single winner.

“It was just a little hard to have these four families from a different part of the country compete against each other in a finale,” Connell said, and “we just liked that idea that there would be a winner for each episode.”

After judging all four houses for the episode, the judges were actually flown “back to the family that felt deserved to win, and that family, at that point, did not know”; “we just told the winning families to be home,” Connell said. Between the reveal of their displays and the reveal to the winner “anywhere from two days to two weeks after [the] fourth judging” elapsed.

Connell personally called losing families “as soon as I could” to let them know they had not won. In other words, all families knew whether they’d won or lost long before the show was broadcast, which contradicts what another family said about not yet knowing whether they’d won in a newspaper report.

Why was that wrong? And why did a newspaper’s story about an eventual winner Kevin Lynch report that the show lied to the family?

Connell called it “a really strange, unfortunate string of events.” He said, “The bottom line is, every family that won, they were slightly exposed to their community when we awarded them with the trophy on their front lawn. And each family had to deal with that in their own way.”

The fibs they told to protect the secret and reporters’ mischaracterization of that information–and I include myself in that–created an inaccurate version of how the show was produced.

“I think Kevin was trying to help ABC keep it a secret in his own way and he felt like it was an appropriate response when his neighbors asked him, ‘Well, what was all that on the front lawn with the trophy?’, he decided to tell them that there were actually two options filmed, and he doesn’t even know who won. That was his choice, and we respect that and wish he hadn’t, but he dealt with it the way he felt was best. We were surprised that he carried that information on to the press–very surprised–and we called him the next morning to talk to him about it,” Connell said.

When I first read it, that statement did not seem implausible, and also contained knowledge of the way of some reality TV is produced, so I asked Connell about that.

“I think it was just a mistake. He’s a really good guy and he had nothing but the best interests of the show in mind,” Connell said. “True, that it would not be out of the question for a show to choose to shoot a winner/loser scene because it is very difficult, as you can imagine,” to protect the results of a competition series.

He cited Survivor: “I worked on first season of Survivor and we were implementing all of the ways we were going to keep this thing a secret … I’ve been dealing with that for 25 years.”

Connell acknowledged that “there are producers out there who would elect to not tell the families at all whether or not they won, but shoot footage that would give them the editorial option to still be able to edit the show.”

But on The Great Christmas Light Fight, he said, “We didn’t think it was instrumental in the success of the show to keep it a 100 percent secret to the point where we would have them fake a reaction. I think the audience smells that a mile away and they would know it wasn’t real, it wasn’t genuine.” He added “that is crossing the line in terms of producerial technique, because there are children involved. I just wouldn’t do that.” 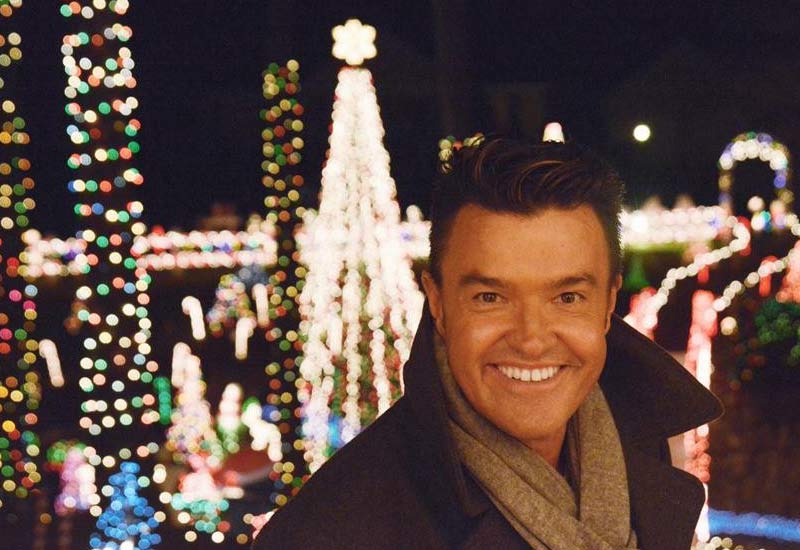 Michael Moloney, one of the two host/judges on early seasons of ABC’s The Great Christmas Light Fight. (Photo by Brownie Harris/ABC)

Producers “did ask each family to give us a soundbite that could be used at the end of the show, if you did lose,” he said, and that “was shot at the tail end of the judging.” Those soundbites were not used in the final episodes. I asked if he thought Lynch might have been referring to that, and he said no, because the New York Post report specifically mentioned “producers filmed a segment telling him he had won.”

There were other pieces of information that, at least for me, served as confirmation, such as contestants wearing the same clothes when they were told they won. “That was a complete coincidence,” Connell said, that someone would wear the same sweater when the production returned weeks later to tell them they’d won. “I would have preferred that he would not wear the same clothes … [but] I’m not going to stop the whole thing. It’s his choice to wear whatever clothes he wants.”

“It’s a really good lesson for both sides,” Connell said. “It was very challenging to communicate with all these families. And certainly, one of the things, obviously, we could have done better is help them know exactly what to say under certain circumstances when they are just trying to put their neighbors off the trail, and certainly, talking to the press. And on your side, too, it certainly is a good lesson that these days, inexperienced journalists infer things based on comments and they don’t follow up, they don’t clarify, and they just make assumptions and print things.”

He’s absolutely right, and I regret not following up with ABC after reading those reports. That’s something I will do better in the future. As I told Connell and a FremantleMedia publicist, I have become jaded over time as a result of some networks, publicists, and producers being unwilling to even reply to a request for information, never mind talk on the record, so I very much appreciate their willingness to do both.