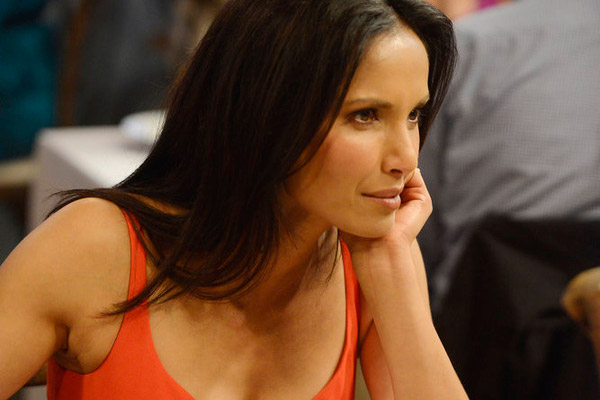 There is one story the media never gets tired of, but it has become extraordinarily tiring: Padma Lakshmi’s weight gain during production of Top Chef.

Full disclosure and confession: I wrote such a story more than five years ago, when the Los Angeles Times reported on that she gained 12 to 15 pounds each season and had to have a wardrobe that changed sizes to accommodate that.

It’s an interesting behind-the-scenes anecdote, and obviously I found it interesting enough to make her weight loss the headline of the post.

But since then–five years–I’ve seen a relentless focus on her weight that continually makes headlines long after it has been news. It’s as if the media kept reporting stories into the 1970s and 1980s about Neil Armstrong landing on the moon. Now it just borders on unhealthy obsession, reducing a woman to her appearance and little more–not that obsession with the weight of women on TV or in Hollywood is anything new.

Padma currently appears on the cover of the November/December issue of Fitness, and although the cover quotes Padma as saying, “I love food way too much to starve myself,” in quotes provided by the magazine in a press release, she expresses anxiety about her not-so-significant weight gain. “I found out about the cover right before doing Top Chef, knowing that I’d be gaining weight. I was terrified. It’s Fitness. I’d better be fit!” Padma says in

In other quotes, she talks about weight loss after her pregnancy, and losing weight by climbing stairs at hotels or other places. However, she also says things such as, “I love food way too much to starve myself just to look good. I will put in the work at the gym so I can enjoy what I eat. … Pizza, nachos, cheese, potato chips, fried chicken. I believe in everything in moderation.”

Still, even that continues to emphasize weight over all else, perpetuating the idea that appearance is what we value in women or that is where women find worth and value. Tom Colicchio has talked about his weight before, but does not make headlines. It is not the relentless focus of every piece of coverage about him.

Yes, Padma helps perpetuate this, talking about it in interviews instead of challenging the question or just rejecting the premise that her minor weight gain and subsequent loss is at all newsworthy. It’s not.