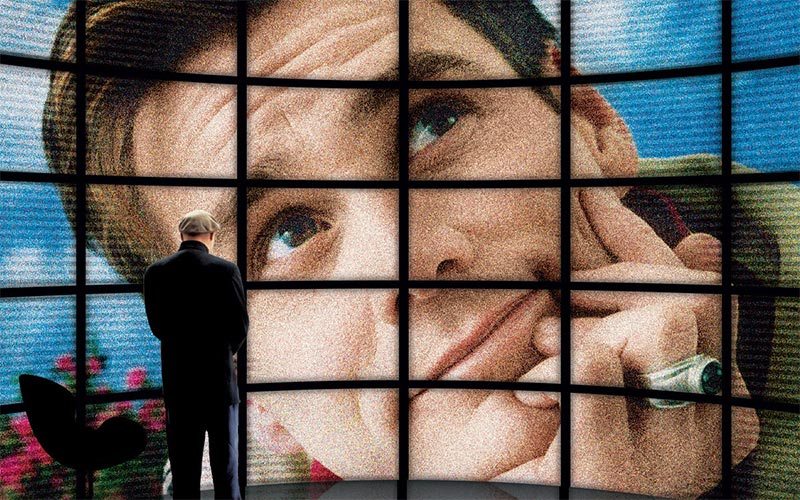 Today is the 15th anniversary of the release of The Truman Show. When the film came out, in 1998, there was reality TV primarily in the form of The Real World, Road Rules, and, depending upon your definition, COPS.

The film is fantastic: entertaining, dramatic, emotional, and funny, with Jim Carrey in his first dramatic role and definitely at his best. (If you haven’t seen it, watch it online, on Netflix, or get the $4 DVD.)

Written by Andrew Niccol and directed by Peter Weir, it also features incredible performances by Laura Linney, and Noah Emmerich, who’s now getting rave reviews for his work on The Americans.

What’s most remarkable to me, though, is how the film was and continues to be both incredibly prescient and relevant. The first version of Big Brother didn’t debut until the following year, and it was five years until The Joe Schmo Show; both series are The Truman Show.

Moreover, it essentially predicted—or provided a blueprint for—what was to follow in all kinds of different shows and in the genre.

The footage of people mindlessly watching Truman sleep and other utterly boring footage happens every single summer thanks to Big Brother‘s live feeds. Truman’s viewers also got comfort from watching him.

Most recently, and most tragically, we’ve seen the rise of clones of Ed Harris’ character, Christof, in some producers and network executives who’d control the weather if they could.

Reality TV has become a medium in which manipulating every moment is seen as a virtue instead of the destruction of what makes reality TV great. From feeding lines to pre-planning seasons to just faking things because it’s easier, cheaper, faster, and more predictable than letting reality happen.

While the film illustrated the power of reality TV (and the media) to captivate (and control) audiences and cast members, it also suggested that we think more critically about our entertainment. How is it constructed? Does it hurt those we’re watching? Should we, as viewers, fight back against the Christofs of the reality world?

During the film, Ed Harris’ producer/creator character says, “We accept the reality with which we’re presented.”

He’s talking about Truman accepting his environment, but that’s true of reality television, too. The cameras never capture the 75 crew members at a Survivor challenge, so they’re not there; we never see the producers talking to the contestants, so they evaporate, too; the Duck Dynasty cast members are engaging and good at acting so we ignore that the situations they’re in are completely scripted.

What could possibly come next? At the end of the film, Truman’s boat smashes into a wall, and he chooses to leave, and viewers change the channel.

Here’s the spoiler-filled trailer for The Truman Show, if you’d like to relive highlights from the film: