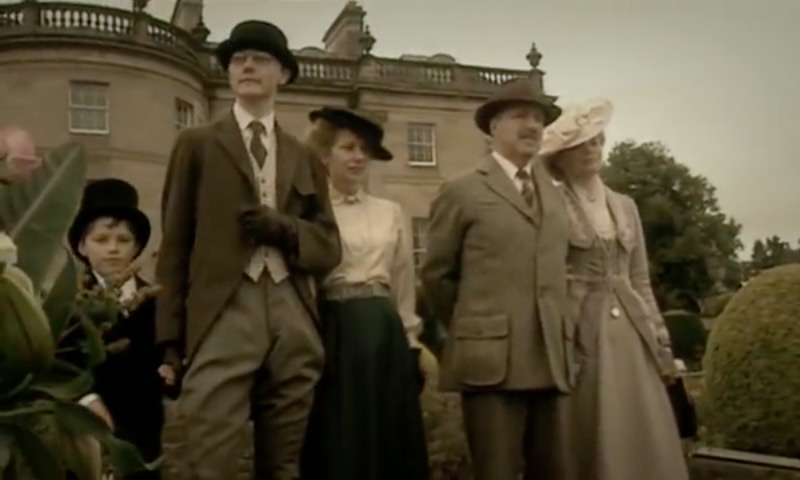 The Olliff-Cooper family, who inhabited the upstairs of Manor House's aristocratic hierarchy.

The cast spent three months living as servants and masters, living according to pre-World War I, Edwardian era rules.

Taking equals and subjecting them to the inequality of the time was an utterly fascinating experiment, from the way the Olliff-Coopers’ son took to his new position of authority over others to the way–slight spoiler alert–scullery maids kept quitting.

It’s remarkable how many of the same themes were illustrated by this ridiculously entertaining reality series that Downton Abbey is now exploring. It even had similarly popular cast members, such as the butler, Mr. Edgar.

I’m shocked PBS hasn’t exploited the connections and re-broadcast Manor House, but as of right now, the full series only available on DVD. Some of it has made its way to YouTube, such as the clip below.

It’s worth seeking out the full series, though, because it’s great television from start to finish.

PBS needs to find its way back into the reality TV game with this kind of show.