America’s Next Top Model‘s signature move, smiling with one’s eyes, has become an iPhone app. Yes, Tyra Banks will now teach you how to smize and/or smize your photos, just in time for the season finale of cycle 20 of The CW series. 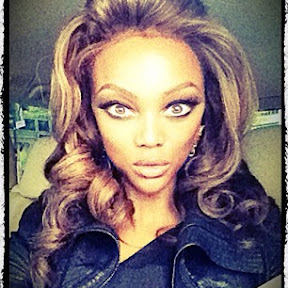 Smize Yourself! in an iPhone app ($1.99) that includes a “sassy video tutorial” and features “the latest morphing technology” to make you look like this.

In a Skype conference call, Tyra told Mashable, “millions of people send me pictures asking ‘Am I smizing?,’ ‘Can you teach me how to smize?,’ ‘Is it fierce enough?’,” so she created an app that doesn’t answer that question, it just makes you smize in your photos.

Tyra is a recent graduate of Harvard Business School, where she took a phone call in class to learn that she’d have to fire the old judging panel, and Browbeat says that Tyra told reporters she wants her brand to last for “possibly even half a century,” so long that a hypothetical future girl will “have no idea that I was a human being.”

Tyra: with photos such as this, that day has already arrived.