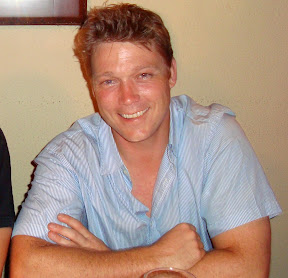 To most viewers, Jeff Rice was a name that flashed by in a second during the credits at the end of an episode of a favorite reality series, such as Destination Truth, Whale Wars, or The Amazing Race. But as a facilitating producer, he helped made it possible for those shows to film in remote locations, and he’s being remembered by a colleague as a “gifted” person who “could open any door or help acquire the most obscure equipment in the middle of nowhere.”

Jeff was found dead in a Uganda hotel room, and his female production assistant, who hasn’t been named, is currently in a coma. Both were apparently poisoned, although it isn’t clear yet, his wife told FoxNews.com. Sally Blackman remembered her husband as “a dedicated father who made the most of his time with his family when back home in South Africa. He has left a huge void, not only in the film industry, but with his family he has left behind. We will miss his smiles and constant humor.”

One of the shows Jeff worked on was the third season of Whale Wars, when the Sea Shepherd ship Bob Barker was preparing for the campaign in Mauritius, which is off the coast of Madagascar.

The Animal Planet show’s executive producer, Liz Bronstein, sent this photo of him and recalled his life and work:

“Jeff was an incredible producer who could make magic happen. Everyone who knew him, from the team at Whale Wars, Destination Truth and [The Amazing Race,] among others, are just gutted. There are no words to describe what a huge loss it is. He was truly a unique and gifted person and the world is a dimmer place without him.

Jeff was originally from Oklahoma and married a woman from South Africa and moved there. He became an absolute expert in how to do productions in countries all over Africa from Tanzania to Madagascar. He was even given a name by the Zulu people: LENGAI which means ‘a gift from God’. I’ve never met anyone like him. He made working in the toughest environments look effortless. His charm and smarts could open any door or help acquire the most obscure equipment in the middle of nowhere. He was amazing.”