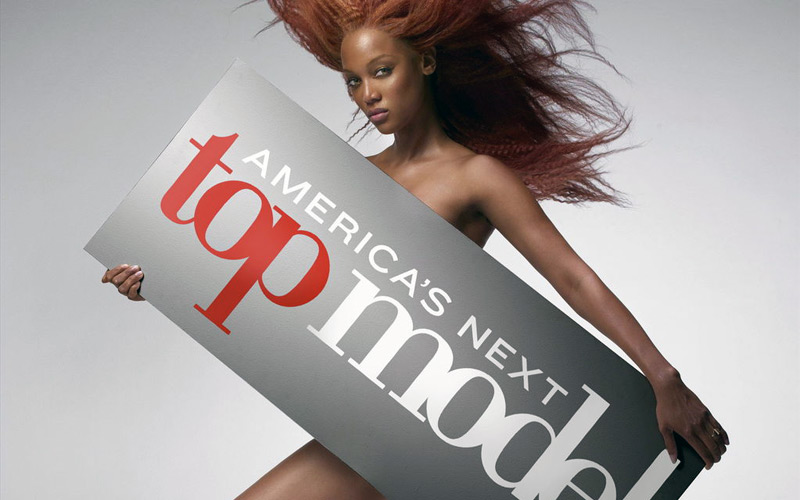 Tyra Banks, star, host, and producer of America's Next Top Model, which is ending after 22 seasons.

America’s Next Top Model‘s 17th and first all-star cycle concluded last night with controversy, as a final-three model Angelea Preston, who apparently initially won, was disqualified without explanation, leaving the judges to select a new winner.

Skip to the next paragraph if you don’t want to know who that was:
Lisa D’Amato won the competition and $100,000, plus other prizes; Allison Harvard came in second.

Host/egomaniac Tyra Banks has mostly been silent and left the explanation to judge Nigel Barker, who said during the episode, “after shooting was wrapped, our production team and the network learned information from Angelea that disqualifies her from the competition.”

The “after shooting was wrapped” part suggested they re-filmed parts of the finale, and The CW confirmed said in a statement today:

“After production wrapped on the current cycle of America’s Next Top Model, we learned information that made Angelea ineligible and she was subsequently disqualified from the competition. As a result, new scenes were filmed to address this for the audience during the finale.”

There was no other explanation.

People reports on the most widely-circulated theory: the “speculation, not confirmed, that Preston might have bragged about her victory on her Facebook page before the finale, thus breaking the rules of the competition.”

Some blogs and Twitter accounts are circulating a screenshot of a a Facebook post that says “i am winner!!”, but that is not actually Angelea’s Facebook page; it’s a fan page, as the information area on it clearly states. And it’s also not the kind of thing that would get someone eliminated.

The only other Back in October, Angelea tweeted “OOP!!!!!!!” in response to another person’s tweet that said “I heard that you won antm all star.”

That isn’t really definitive proof, since “oop” could mean many things. Since the finale, Angelea only expressed excitement that her name was trending on Twitter following the finale.

This is the second time this fall that a reality show has disqualified a competitor without explaining why, perhaps to either stoke controversy and conversation, or because they’re hiding something.

On Food Network’s Great Food Truck Race, a team was mysteriously removed from the competition and then silenced.