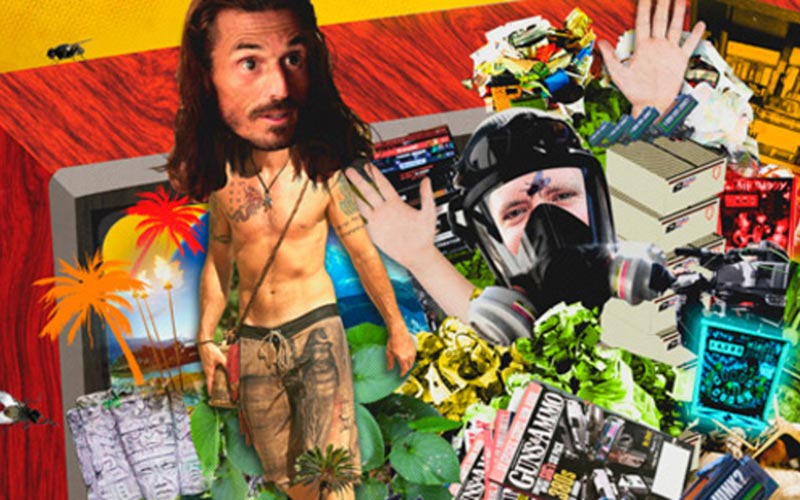 The July issue of Playboy, which is on newsstands starting today, includes my first feature story for the magazine: a more than 5,500-word exploration into the world of reality TV.

It’s the issue that features “Mrs. Crystal Hefner” on its cover. Since Crystal left Hugh this week, it’s now become an instant collectible—although it already was, since it contains my behind-the-scenes reporting from the set of Hoarders and Ben “Coach” Wade’s house, which are not the same thing.

The cover teases “The Twisted World of Reality TV: Drugs, Murder, Suicide”; not to disappoint you, but the piece is far from that sensational.

Instead, it looks at a genre that has given us people who brag about smearing their own feces on jail cell walls and a series that explores, illustrates, and humanizes mental illness better than any other show.

The piece takes you inside his house, where I stayed, and his life as a pastor, actual coach, and conductor; we talked a lot about the changes in his life from when we first met in Tocantins and he drove me crazy as a reviled, over-the-top character on the show.

Ironically, Coach is now in Samoa filming his third season of the show.

Hoarders starts its fourth season Monday; no word yet when the episode I was present for will air. It featured a man named Randy who has an incredible—and I mean incredible—collection of antique amusement park memorabilia and pinball machines.

There was no feces to wade through, alas; the crew said it was the cleanest hoard in the history of the show. I even brought shoes and clothes to throw away at the end of each day, which is often necessary.

And because of the nature of the show, I was told I was only the second journalist ever to visit the show while it was in production.

Let me know what you think of the piece–and my picture, which also appears in the magazine.