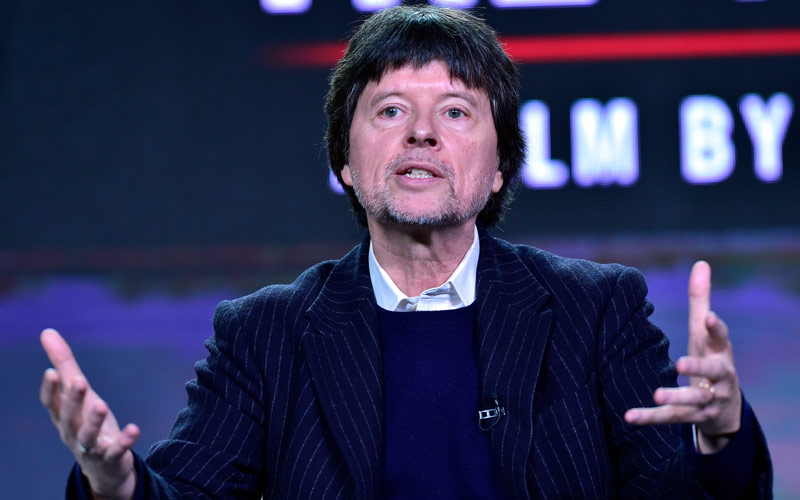 One of my favorite parts about press tour is attending sessions with documentary filmmaker Ken Burns and just listening to him talk in incredible paragraphs that are full of information and passion, so they’re never boring.

Last summer, he captivated me with a story about camping with his family, and last week, while discussing his upcoming multi-part PBS documentary Baseball: The Tenth Inning, he described the appeal of reality TV.

At least, that’s how I saw it, because whether it’s a documentary like The Cove, a docusoap like The Real Housewives, or even an episodic competition like Big Brother or Survivor, characters’ lives, challenges, and even game play and strategy grabs our attention, and I think Burns explains why perfectly here:

“Narrative is a way that we all superimpose something over something that’s essentially chaotic. Narrative gives us comfort. It gives us a false sense of security, often. It abolishes demons and trauma, and so I think that story has a very complicated origin for all of us, and we all desire–part of the whole nuance, I think, of this film has to do with the fact that we so want to know who should be in and who should be out, who’s bad and who’s good, and we know from our own lives, and we know from the kinds of compromises, human compromises that we make in the interstitial moments of our own personal lives that so much of it we just have to accept this is just the way it is. You go to the ballpark and it rains, and that’s what happens. … You can’t abolish that chaos. That, in fact, the great, ultimate payoff of narrative is that it both superimposes order and also reminds us of how chaotic it is, and that’s the beauty.”