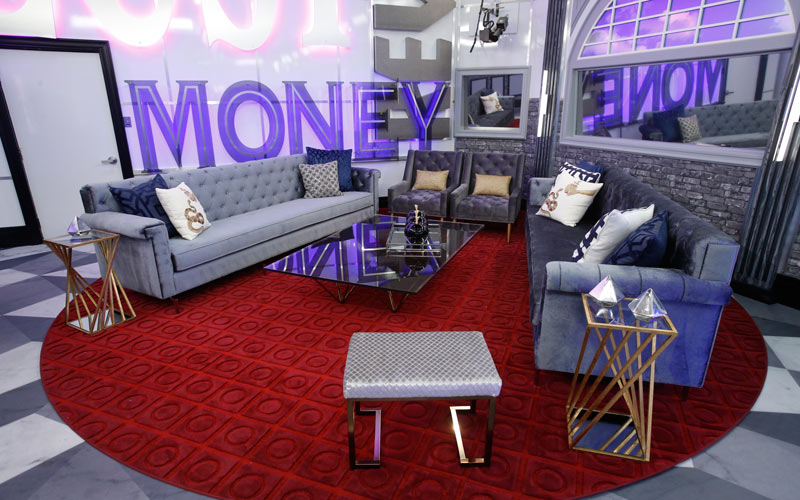 The Big Brother 19 house's living room, themed to the twist of Summer of Temptation. (Photo by Monty Brinton/CBS)

After touring Big Brother house Saturday, I was left with new respect for the people who both run it and live there. Although perhaps “respect” is a little much for the houseguests; actually, I just now appreciate how easy it is for already insane people to go crazy in there.

Here are my observations from inside the house space, a set constructed inside a soundstage, not a real house. This is Big Brother behind the scenes.

Again, please do not copy and paste this into your message board or blog, or I will hand-deliver you some of the salmon rotting on the kitchen counter in the house. Feel free, of course, to link, using the handy tools at the end of the story. Thanks!

Into the Big Brother house via the storage room

Up close inside the Big Brother house

Upstairs in the Big Brother houses: the HOH room

Other details about the space where houseguests live

Previously: A tour of the back yard, master control room, and camera tunnel.