Skip to Content
Categories So You Think You Can Dance

Did SYTYCD show a vagina or “flesh-toned dance gear,” as new footage suggests?

After footage of what appears to be a vagina appeared in last night’s episode of So You Think You Can Dance, Fox responded with a formal statement saying that the footage “was reviewed thoroughly by the network’s Broadcast Standards & Practices prior to air and it was separately confirmed with the dancer that she was wearing flesh-toned dance gear.”

But it certainly doesn’t look that way (here’s one screen shot), and even Nigel Lythgoe initially thought it was nudity.

However, a reality blurred reader points out that earlier in the episode, a dancer who may be the same person (her hair and dress look very similar) is shown briefly in another montage jumping in the air, and that person is clearly wearing flesh-toned, skin-tight shorts. That’s immediately after the first break, and here’s what it looked like: 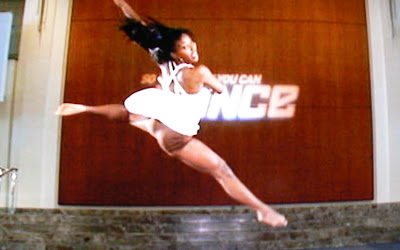 And here’s the later appearance of the potential vagina: 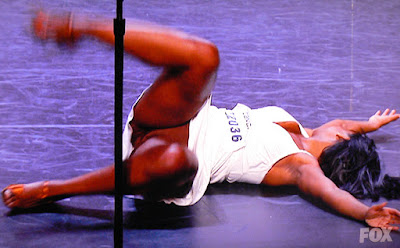 If it is the same person, why were those shorts not more visible when she’s rolling around on the floor and spreading her legs? And why did the editors even include such footage when it’s just not obvious at all, fooling even the show’s executive producer? And why have I spent all day staring at this?