The series calls itself “the only TV dating program that shows everything,” and that’s an understatement.

The episode includes him getting oral sex from one of the women, mud wrestling and showering naked, and having sex with both women–and during it all, he’s using his real name.

Now, a poster at the Campfire Video Discussion Board has uploaded 11 Ozzy-centered images and video clips from the episode, and they show Ozzy proving that he’s as talented on other reality shows as he is on Survivor.

(The clips and images are, of course, not safe for work, as everyone is fully naked and often engaged in somewhat hard-core sex.) 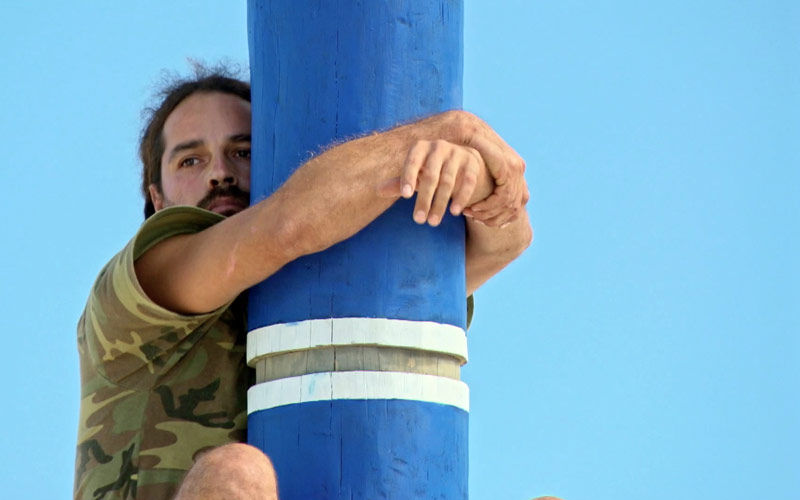 Ozzy Lusth holds on to a pole in the return of a classic Survivor challenge. (Image by CBS)

While he’s getting oral sex from one of the female participants, the clip cuts to an interview, where Ozzy–looking and sounding just like he does on Survivor–tells the camera, “She starts going down on me, and does an excellent job, excellent job. She’s got a lot of talent in that field.”

Later, in a voice-over, he says, “I blew my load in her mouth like she told me to, because that’s how she likes it.”