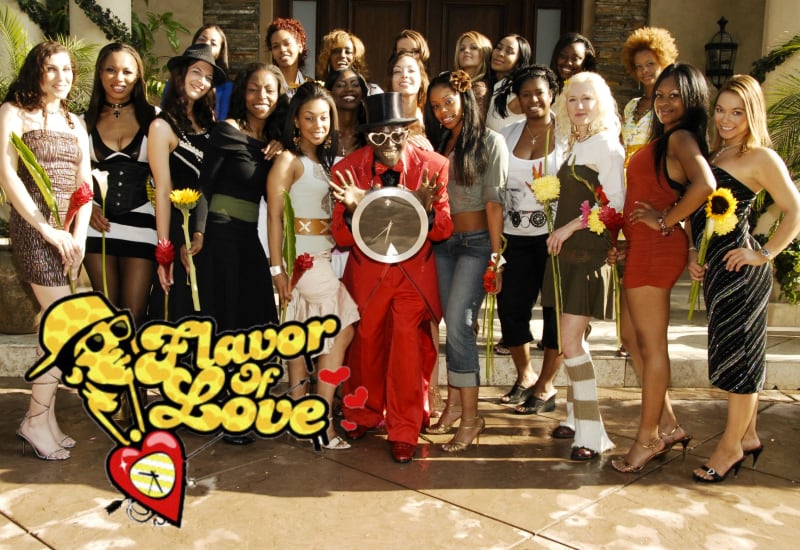 The Flavor of Love season 2 cast (Photo by VH1)

And if you thought the moment when Pumpkin spits in New York’s face from season one was crazy, you haven’t seen anything yet.

Apparently, the casting directors did a good job of finding women with major problems for the new cast, as Flavor tells Entertainment Weekly that “On a new episode, a girl shits on my floor.”

Yes, during the “clock ceremony,” a woman apparently can’t hold it in and squats down and craps.

All we see in the first episode, however, is Flavor saying, “After we do the toast, I was like, what is that fucked up smell in my crib, yo?”

Not since Jonny Fairplay pooped in Trish’s bed have we had literal crap in a reality series, although apparently this wasn’t a vindictive crapping, as “she couldn’t hold it until the bathroom break,” according to Entertainment Weekly.

Also, two women get in a violent fight over a bed, but please, anyone can punch someone else on a reality show. It takes a special kind of person to crap on a marble floor while the cameras roll.