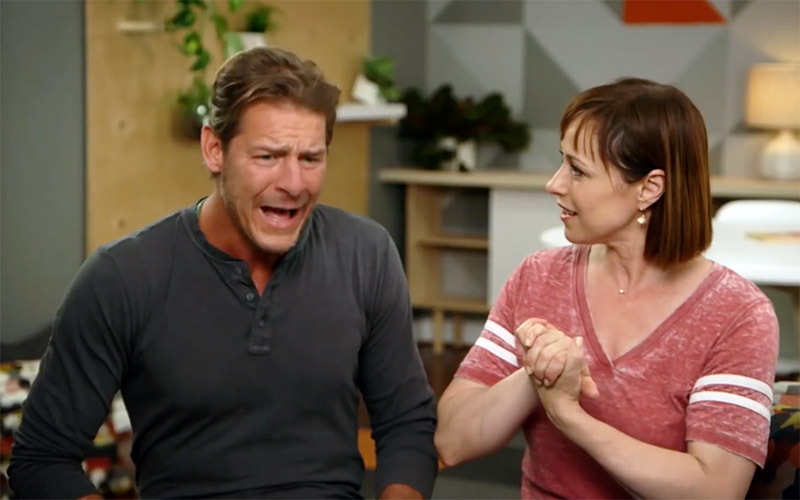 Yesterday, an alert reader pointed me to this week’s issue of In Touch magazine, which has a fascinating item on page 69. The celebrity gossip magazine has a section called “Is It True?”, in which it debunks or confirms gossip such as “Did Pink build a swimming pool for her dogs?” (yes!).

In that section this week, the magazine asks, “Was Ty fired from Extreme Makeover?” The answer is “no,” because that source for that rumor was actually reality blurred.

Specifically, on April Fool’s Day, I led with a satirical item about Extreme Makeover: Home Edition that I thought was rather over-the-top.

But that didn’t stop message board posters and others who weren’t exactly the best critical readers (“fake and satirical reality TV news” read a tagline that appeared about an inch above the headline) from spreading the news that Ty was fired.

Perhaps I should be honored, but I’m still shocked that correcting this story warranted a quarter of a page, especially since people linking to the item are warned immediately that it’s not a real story.

Also, In Touch treats the whole thing seriously, and the way the article is worded, suggests that I reported the story rather than made it up entirely, alas.

Surprisingly, this isn’t the first time this has happened. Last year, about a week after April 1, I heard from readers that San Antonio morning show Great Day SA reported on the air that ABC was considering casting Michael Schiavo for The Bachelor.

Again, that was the subject of a satirical item I wrote on April 1, but apparently fact checking and/or context didn’t really matter to the producers who discovered the story.