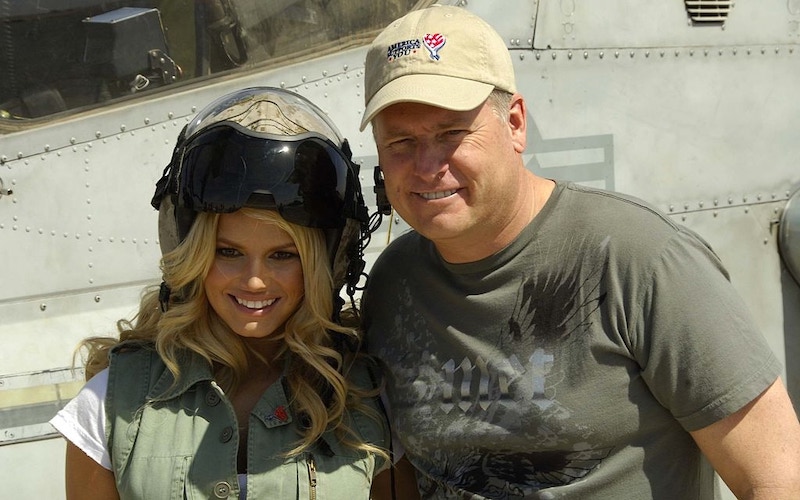 Jessica Simpson’s dad: “She’s got double D’s! You can’t cover those suckers up!”

If you’re not already disturbed by Joe Simpson’s manager/father relationship with his two daughters, don’t read his interview with GQ this month.

According to Page Six’s report about the interview, Joe says of Jessica,

He also reveals his plans for his less-talented and more embarrassing daughter Ashlee, who was to play a lesbian in her first film role until Joe stepped in and saved the day.

He says, “She’s going to be a huge movie star. She’s like Meg Ryan or Cameron Diaz, with probably more depth. When we’re done, she’ll play it all.”